In 1986, US President Ronald Reagan famously observed that the nine most terrifying words in the English language were: “I’m from the government and I’m here to help.”

In other words: scepticism about the competence and even the good intentions of governments and public officials is nothing new. It is however striking to see how much mistrust towards the US government has increased in recent years.

We see it in the pushback against government-imposed Covid-19 lockdowns and medical guidelines as well as in the spread of conspiracy theories about the origins and spread of the virus.

In the eyes of many sociologists, Covid-19 is likely to become a catalyst and accelerator of ongoing trends.

If this is also going to be the case for the ongoing erosion of trust in governments and science, the implications will not be pretty.

Heightened scepticism about the competence of government will make it even harder for the relevant public agencies to issue effective public health guidance and get an already suspicious public to adhere to their recommendations.

Our own research substantiates these worries. We use individual-level data on confidence in political institutions and leaders from the 2006-18 Gallup World Polls, fielded in nearly 140 countries annually.

We analyse responses to questions about trust in the government, confidence in elections, and approval of national leaders. We link these individual responses to the incidence of epidemics since 1970.

We find that exposure to an epidemic when an individual is 18 to 25, when he or she is in what is referred to by psychologies and sociologists as one’s ‘impressionable years’, durably reduces confidence in political institutions and negatively affects attitudes toward political leaders.

Attitudes and behaviour are durably moulded in late adolescence and early adulthood, social and natural scientists tell us, because this is when children leave the nest; it is at this stage of the life cycle when they are forming their sense of self and identity. It is also the stage of life where neurologists identify neurochemical and anatomical changes in the brain that may themselves be associated with durable attitude formation.

This affects not only attitude, but also behaviour: Exposed individuals are not just less trusting of governments, leaders and elections. They are also less likely to participate in those elections, and more likely to engage in out-of-the-mainstream political action, such as street demonstrations.

What’s going on here? When we look at the magnitude of the responses – how radically do individuals revise their attitudes – we find that the effects of epidemic exposure are larger and more persistent for individuals living in countries with weak governments at the time of the epidemic.

These so-called ‘weak’ governments are characterised by their limited legislative strength, unity and popular support. We take this effect into account by using the data provided by the International Country Risk Guide (ICRG) that awards each country a government strength rating from 0 to 12 – the higher the score, the stronger the government.

The influence of government strength becomes astonishingly clear when putting the ICRG score into perspective with actions taken in the early days of Covid-19.

Evidently, governments that lack unity and legislative capacity are least capable of reacting effectively to a national health emergency, resulting in a more substantial long-term decline in their citizens’ political trust.

Consistent with this idea, we find declining trust in public health agencies, especially in countries with weak governments. In contrast, we find no such decline in other public sector institutions, such as the police or military.

Science is not exactly an institution; it is more an endeavour, an activity or a body of knowledge. Is there any evidence of declining trust in science and scientists as a result of epidemic exposure?

A 2018 survey of some 75,000 respondents in 138 countries by the Wellcome Trust allows us to investigate this possibility. It turns out that epidemic exposure does not influence respondents’ long-term view of the value of science or of its role in containing the spread of diseases.

The story gets more complicated when participants are asked about the performers of science: while exposure to epidemics doesn’t affect opinion towards ‘the science’, it is negatively associated with trust in scientists and, specifically, with views of their integrity and trustworthiness. This is true especially of opinions of scientists working for private companies (less so of scientists working for universities). Again, this effect is evident only for those in their impressionable years at the time of an epidemic outbreak. Again, the change in attitudes translates into changes in actual behaviour: individuals with such exposure are significantly less likely to have their offspring vaccinated against childhood diseases.

That respondents exposed to epidemics grow more sceptical about scientists but not science itself suggests that the problem is one of scientific communication and image. Scientists need to convince the public that their conclusions are based not on personal beliefs but on data and analysis. Scientists working for private companies need to show that their work is not being distorted by corporate agendas and convince the public that no shortcuts are being taken in the interest of corporate profitability. They need to explain that disagreements among scientists are integral to the investigative process and not a sign of incompetence. Our results suggest that it is especially important to tailor such communication to the concerns of members of the ‘Generation Z’ currently in their impressionable years.

Ultimately, trust comes down to government communication: can a government convince its people, that the enacted policies are for their own wellbeing, and that they actually work? If so, the citizens will likely preserve their good faith.

By clear messaging, a government can manage the public’s expectations. A good example is New Zealand’s successful information campaign that closely worked together with the country’s leading scientists.

Preparing for the next challenges

One should not be surprised to see a dip in trust towards governments in many different countries in the coming years; it would merely be a repetition of things that we’ve seen before. The policy responses during the initial outbreak in early 2020 certainly matter a lot: governments such as South Korea, that convinced with their rapid and strict response within days, might even leave the year of the pandemic unaffected.

Assumingly, the vaccination campaigns that are currently being rolled out all over the world will also lead to differences in trust levels among countries: the slower the vaccination roll-out, the more likely people are to downgrade their trust towards their governments. Another paper finds no evidence that trust to international institutions are affected by Covid-19. Citizens seem to attribute the success and failures of policy responses to their own government.

Not all is lost yet: governments and political leaders can still use the ending phase of the current pandemic to demonstrate the efficiency of their public health measures. Scientists can still take quick steps to communicate the integrity of their actions and their advice. The alternative is that social trust, which is already fragile, will grow more fragile still. That will not be good for meeting the next challenge – be it another virus or a manmade emergency such as climate change – to confront the public policy and scientific communities.

This article was initially published on The OECD Forum Network, the Organisation’s online engagement platform. It is a reworking of a piece that originally appeared in Swiss debate magazine, Schweizer Monat. The piece forms part of a series in which experts and thought leaders — from around the world and all parts of society — address for the OECD the COVID-19 crisis, discussing and developing solutions now and for the future.

Dr Orkun Saka is a Lecturer in the Department of Economics at City, University of London, a 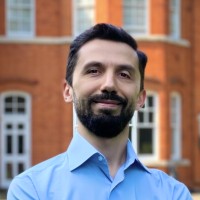 Visiting Fellow at LSE, a Research Associate at the Systemic Risk Centre and STICERD as well as a Research Affiliate at the CESifo network. He has previously visited and worked for several policy institutions including the Bank of Finland, European Bank of Reconstruction, and Development and the Central Bank of the Republic of Turkey. His academic papers have been published in world-leading journals in economics and finance, such as The Economic Journal and the Journal of Money, Credit and Banking. His main research interests are in financial intermediation, international finance and political economy.