The Novel Studio’s year-long course taught by professional writers and editors provides essential techniques and guidance to enable its students to draft their own novels, and gain interest from agents within the industry. Many have successfully gone on to have their work published after the course. Read on for their inspiring stories.

Janet has published her debut book, Great Literary Friendships, with Bodleian Library. Described by Publishers Weekly as a 'fun spin on literary analysis'.

Harriet Tyce published her third novel, It Ends at Midnight, with Wildfire Books in April 2022.

All three of her novels have now become Sunday Times bestsellers; her third has been described by Sarah Pinborough as a 'blisteringly brilliant read'.

In April 2022 Laurence Kershook published his debut novel, The Broygus, a story set in the Jewish East End which follows a family torn apart by events spanning three-quarters of the twentieth century.

Available for on Amazon. 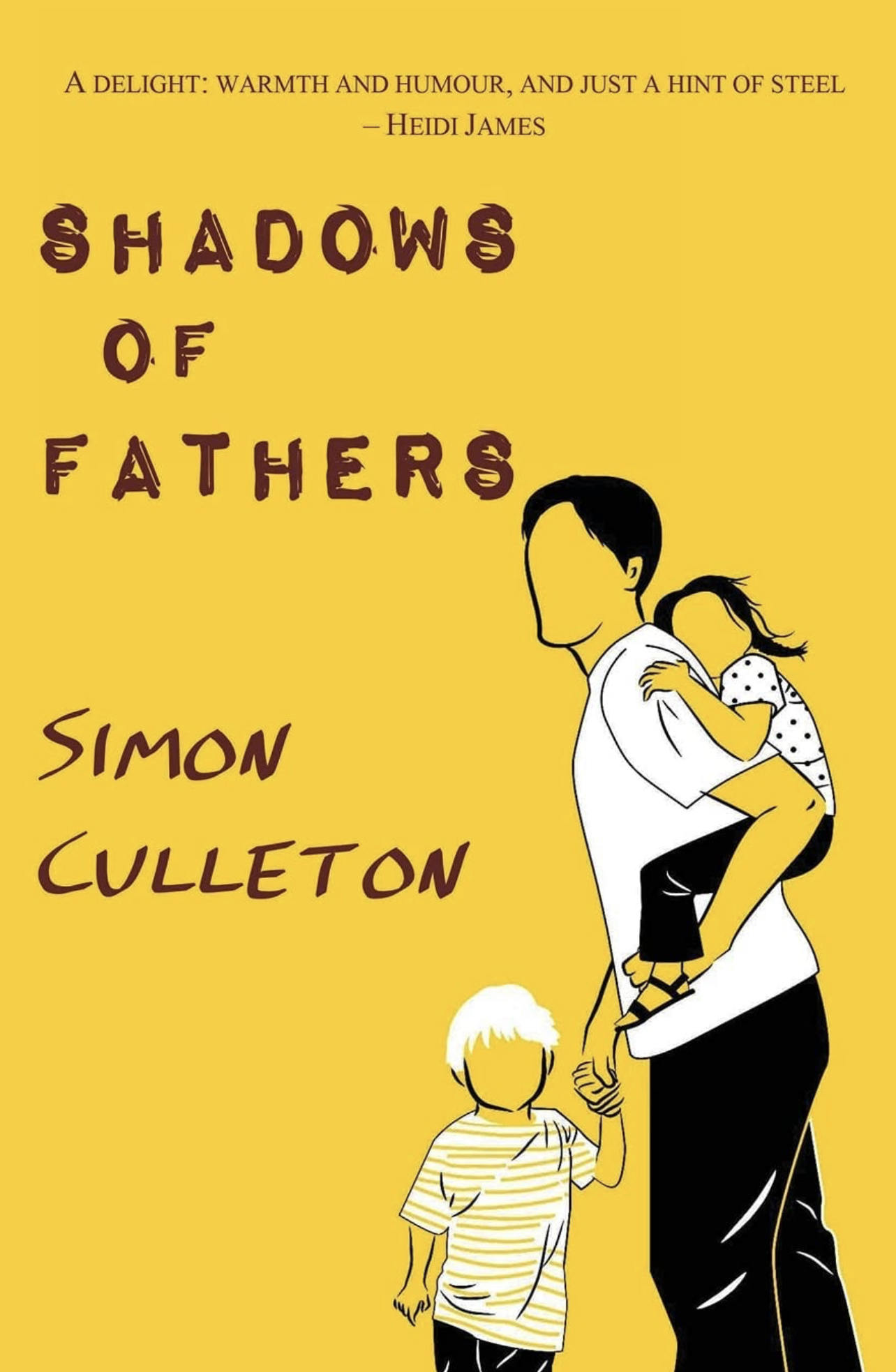 Simon Culleton published his debut novel, Shadows of Fathers, with Stairwell Books in October 2021. Available for on Amazon, Google books, Stairwell Books and many more.

Elizabeth published her debut novel, Lessons in Love and Other Crimes, with The Indigo Press in April 2021. The novel has since been longlisted for The Desmond Elliot Prize and shortlisted for the Polari Prize. 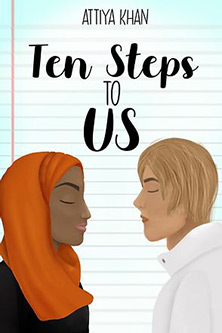 Attiya Khan will publish her debut Young Adult novel, Ten Steps To Us, with Hashtagblak publishers in 2021.

A GP and mother of three, Attiya was selected for David Higham's Underrepresented Writers day and longlisted for Undiscovered Voices 2020.

Deepa Anappara (2010/11) has sold her debut novel, Djinn Patrol on the Purple Line, to Chatto & Windus in a nine strong auction for UK and Commonwealth Rights. The book has now been translated into 16 languages. 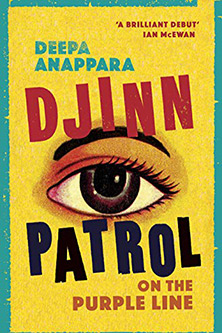 Deepa won the Deborah Rogers Foundation Writers Award for the same novel, a “completely assured” tale set in the slums of an Indian city, as well as the Lucy Cavendish College prize 2018 and the Bridport Peggy Chapman-Andrews Award.

Before turning her hand to fiction., Deepa was an award-winning journalist in India for eleven years. Her short fiction has also won prizes, including the Asham Award and the Asian Writer Short Story Prize. She has an MA in Creative Writing from UEA, where she is currently studying for a Creative-Critical Writing PhD on a CHASE doctoral fellowship. Published in early 2020, Deepa’s novel had brilliant reviews, with Ian McEwan calling it ‘a brilliant debut.’

Kiare Ladner (2010/11) has sold her debut novel, Nightshift, to Picador in a pre-emptive bid. Associate Publisher, Ravi Mirchandani, has called the novel “an immensely exciting debut.” Kiare is now teaching on the Novel Studio. Her novel will be published in February 2021.

In 2015 she joined the board of The Cystic Fibrosis Trust, to raise awareness and advocate for the CF community. She also enrolled in The Novel Studio course at City, winning that year’s new writing prize, and developing what was to become her debut novel. 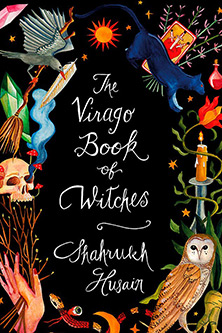 ed for 2019 with a new preface written by Shah. This follows hot on the heels of the ITV screening of her six-part series ‘Beecham House’ set in India in the late 18th century.

Shahrukh has also published her novel, A Restless Wind, with Picador India. Shah is a prolific writer for adults and children, fiction and non-fiction, stage and screen. 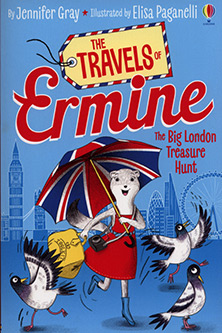 Jennifer Gray (2009/10) has published the latest in her Ermine Adventure series, The Big London Treasure Hunt (Usbourne, 2019). Jennifer combines writing award-winning children’s fiction with her work as a practising barrister.

Jennifer Gray's Atticus Claw Breaks the Law, was the winner of the 2014 Red House Children’s Book Award Younger Readers category. She and has also written: 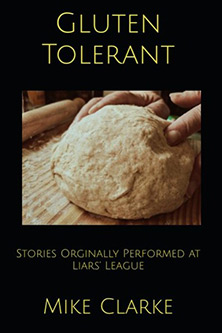 Mike Clarke (2009/10) has published a short story collection, Gluten Tolerant, which brings together seven stories all of which were selected and performed by Liars’ League, the award-winning live fiction evening run by City tutor Katy Darby.

Mike Clarke published an ebook in 2015 of four short stories read at Liars’ League, called: Do you dare me to cross the line? 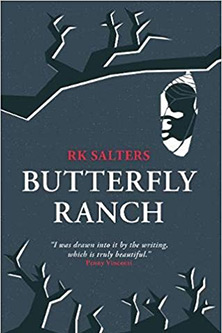 Developed while on The Novel Studio, the novel is set in a remote jungle lodge in Southern Belize, where a local policeman investigates the mysterious disappearance of a world-famous reclusive author.

In 2018 the book won an International Rubery Book Award for fiction, the People’s Book Prize and a Chill with a Book Reader’s prize. 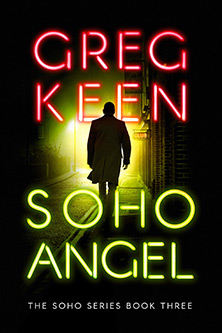 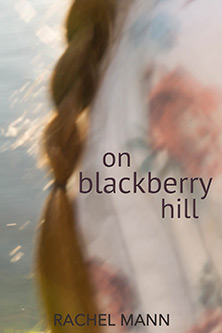 Rachel Mann (2008/9) has published her debut novel, developed while on the Novel Studio, On Blackberry Hill.

Described by novelist Clare Jacob as a “very well written and sensitive novel which brings the adolescent life of a young Jewish girl in New York and in summer camp to poignant life.” 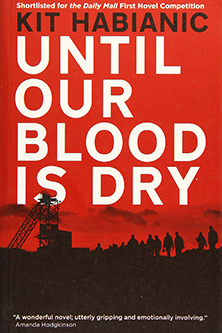 Kit Habianic's (2014) debut novel, Until Our Blood is Dry, was published spring 2014 with Parthian Books.

The story of a South Wales mining community ripped apart by the miners' strike of 1984-1985, an earlier draft of her novel was shortlisted for the Daily Mail/Transworld debut novel prize.

Kit is the first Novel Studio student to publish her novel while on the course! 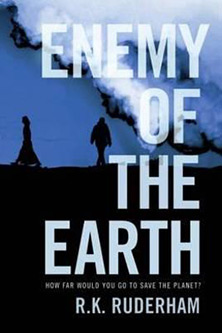 Her agent describes it as 'a detective story of the heart, about a mother's uncompromising love for her daughter and how far she will go to protect her.' 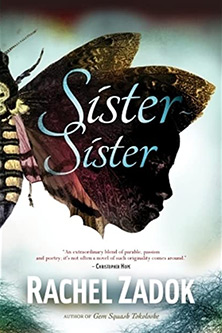 Lawrence Patchett's (2005/6) collection of short stories, I Got his Blood on Me, was published by Victoria University Press, 2012. 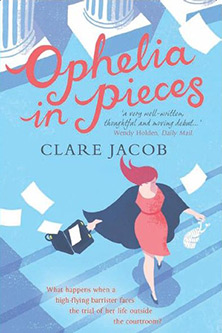 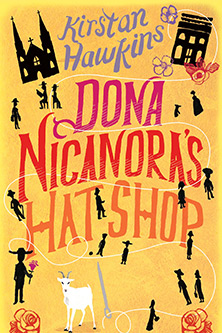 Penny Rudge's (2005/6) Foolish Lessons in Life and Love was published by Little Brown in 2010 and the Film & TV rights have been optioned to producer Diana Napper. 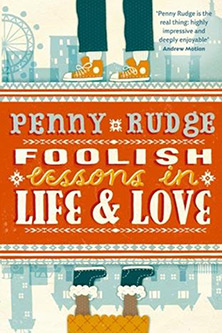 Penny is currently working on her second novel, Ellie, about a girl with Usher’s Syndrome, a genetic disorder from which she herself suffers.