Some of our Schools and departments are changing. Find out more.
History

City's tradition of providing high quality education relevant to business and the professions dates back 160 years. For many of our graduates, time spent at City laid the groundwork for leadership, innovation and excellence that have changed the world we live in.

Click on a time period below to discover its significance in City's heritage.

The Inns of Court School of Law was founded. One of the earliest providers of legal education in London, it would become a part of The City Law School in 2001.

Herbert Henry Asquith, British Prime Minister from 1908 to 1916, graduated from The Inns of Court School of Law. Asquith was the first of many global leaders, including Mohandas 'Mahatma' Gandhi, Clement Attlee, Jawaharlal Nehru, Margaret Thatcher and Tony Blair, to pass through what is now The City Law School. 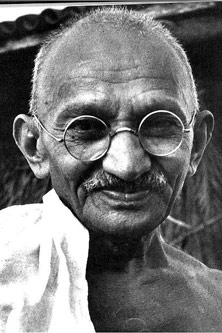 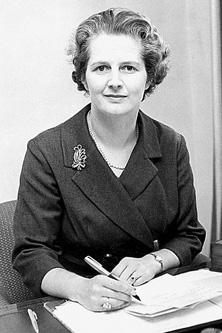 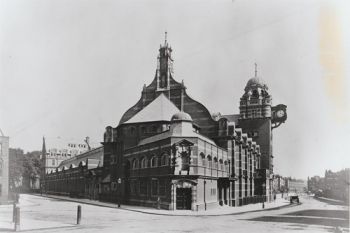 The Northampton Institute was founded. With the objective of promoting 'the industrial skill, general knowledge, health and wellbeing of young men and women belonging to the poorer classes', the first departments established in the Institute were Mechanical Engineering and Metal Trades, Artistic Crafts for Industry, Applied Physics and Electrical Engineering, Horology, Electro-chemistry and Domestic Economy.

The College Building was officially opened by the Lord Mayor of London.

The Technical Optics department was established within the Northampton Institute, marking the beginning of City's important contribution to the study of optometry. 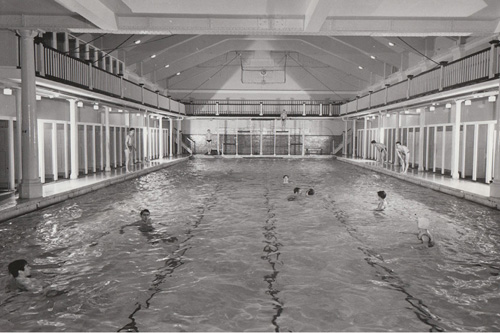 The Northampton Institute introduced courses in Aeronautical Engineering, the
first offered in the United Kingdom. In this year, the Institute also presented its first candidates for University of London BSc degrees.

During the First World War, the engineering faculties of the Northampton Institute were used to produce munitions and telegraph sets and members of academic staff helped to train munitions workers and service personnel. All departments also participated in schemes to retrain and find employment for wounded ex-servicemen.

With the founding of the Department of Optometry and Visual Sciences, the Northampton Institute became one of the first establishments in the world to educate optometrists. City, University of London remains the only institution in London to offer a BSc in Optometry.

The Northampton Institute once again played a key part in the war effort, providing training courses for members of the RAF, Army and Navy in skills ranging from optics manufacturing to wireless mechanics.

The Institute began a period of expansion that would set the stage for its transition into City University London in 1966. Between 1946 and 1956 the number of courses grew, student numbers increased and academic research became more important, as faculty members were given the chance to take research leave from teaching and appoint research assistants. 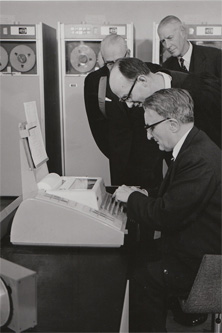 The Northampton Institute offered a summer school on the use of electronic digital computers and calculators in accountancy, costing and management, laying the groundwork for the foundation of the British Computer Society.

Following a government review highlighting the growing need for technical and scientific personnel in British industry, the Northampton Institute became Northampton College of Advanced Technology, with a mandate to increase student numbers and offer advanced degrees whilst retaining the former Institute's close links with industry.

The Department of Social and Industrial Studies was formed, offering classes in social sciences, industrial administration and management studies.

Research assumed an increasingly important role in the life of the College, as Consultant Lecturers were appointed, a growing number of Science Research Council grants and funding for Research Fellows and Senior Research Fellows was awarded.

A Government Report into higher education recommended that the Northampton College of Advanced Technology become a university, retaining its balance between education and research whilst increasing its postgraduate activity.

The groundwork necessary for this transformation began with the construction of the first halls of residence, close to the City of London. 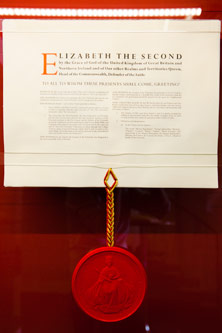 The University was created by Royal Charter. Dr James Tait was appointed as its first Vice-Chancellor and Oliver Thompson its first Pro-Chancellor. Together they approached the Lord Mayor of London and his enthusiasm for an association between the City and the new University led to a unique arrangement that continues today, in which the Lord Mayor in office is invited to be the Rector (previously Chancellor) of City.

In 2015, City was placed 97th in the Times Higher Education 100 Under 50 ranking of the world's best universities under the age of 50.

In 2016, City joined the University of London, becoming a self-governing College with a new supplemental Charter.

The Development Committee of the University drafted a vision that would shape the next 10 years and would see City evolve into a University dedicated to engineering, science, business, management studies and computing.

The Drysdale and Centenary Buildings were completed. 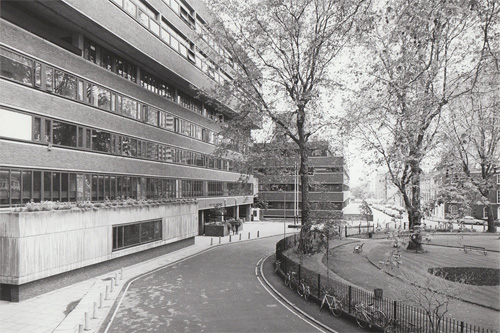 The University Building in Northampton Square was opened in 1970.

The astronauts of Apollo 15 visited City University London and presented Vice-Chancellor Tait with a piece of heat shield from the Apollo 15 command module. 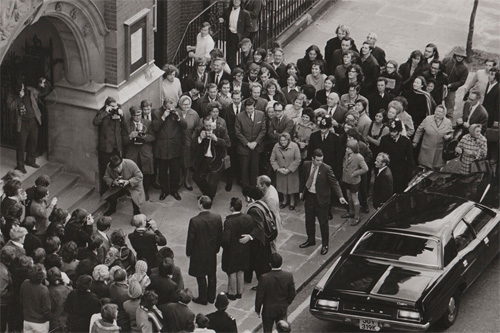 Another building in Northampton Square - the Tait Building - was completed and opened in 1974.

City offered a Diploma in Journalism, capitalising on its proximity to Fleet Street and its long experience of educating for the professions.

The Centre for Legal Studies was established and the Graduate Diploma in Law was offered.

City Technology Ltd was established to develop a new oxygen sensor, designed by academics from City. The sale of the company in 1993 for £24.5m marked one of British academia's most successful commercialisations of intellectual property.

Professor Raoul Franklin was appointed Vice-Chancellor. He would remain in post for 20 years and be made a CBE in 1994 for his service to the University.

The cuts to higher education funding by the new Conservative administration deeply affected City and other former Colleges of Advanced Technology, leading to redundancies and an increased strategic focus on postgraduate education.

The School of Engineering was formed under the guidance of Professor Ludwik Finkelstein, its first Dean. 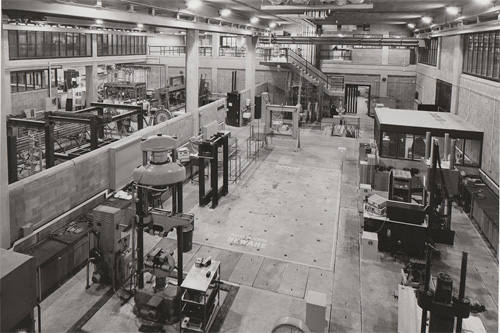 Undergraduate degrees in Law were offered for the first time.

The School of Informatics was formed, bringing together the departments of Information Science, Business Computing and Computer Science.

The University celebrated 100 years since the founding of the Northampton Institute with a series of high profile public lectures and a gala concert in The Guildhall. 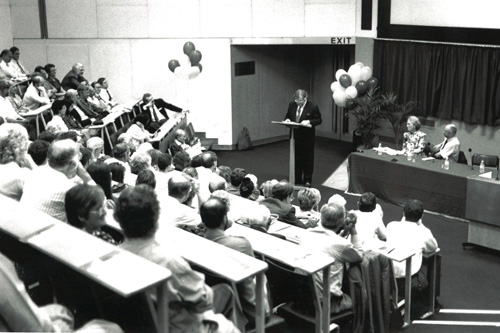 Professor David Rhind was appointed Vice-Chancellor of City University London, remaining in the post until 2007.

The Inns of Court School of Law was integrated into The City Law School.

The School of Arts was formed, bringing together the departments of Music, Journalism and Publishing, and Cultural Policy and Management.

The Social Sciences Building - now named the Rhind Building in honour of past Vice-Chancellor Professor David Rhind - was opened. 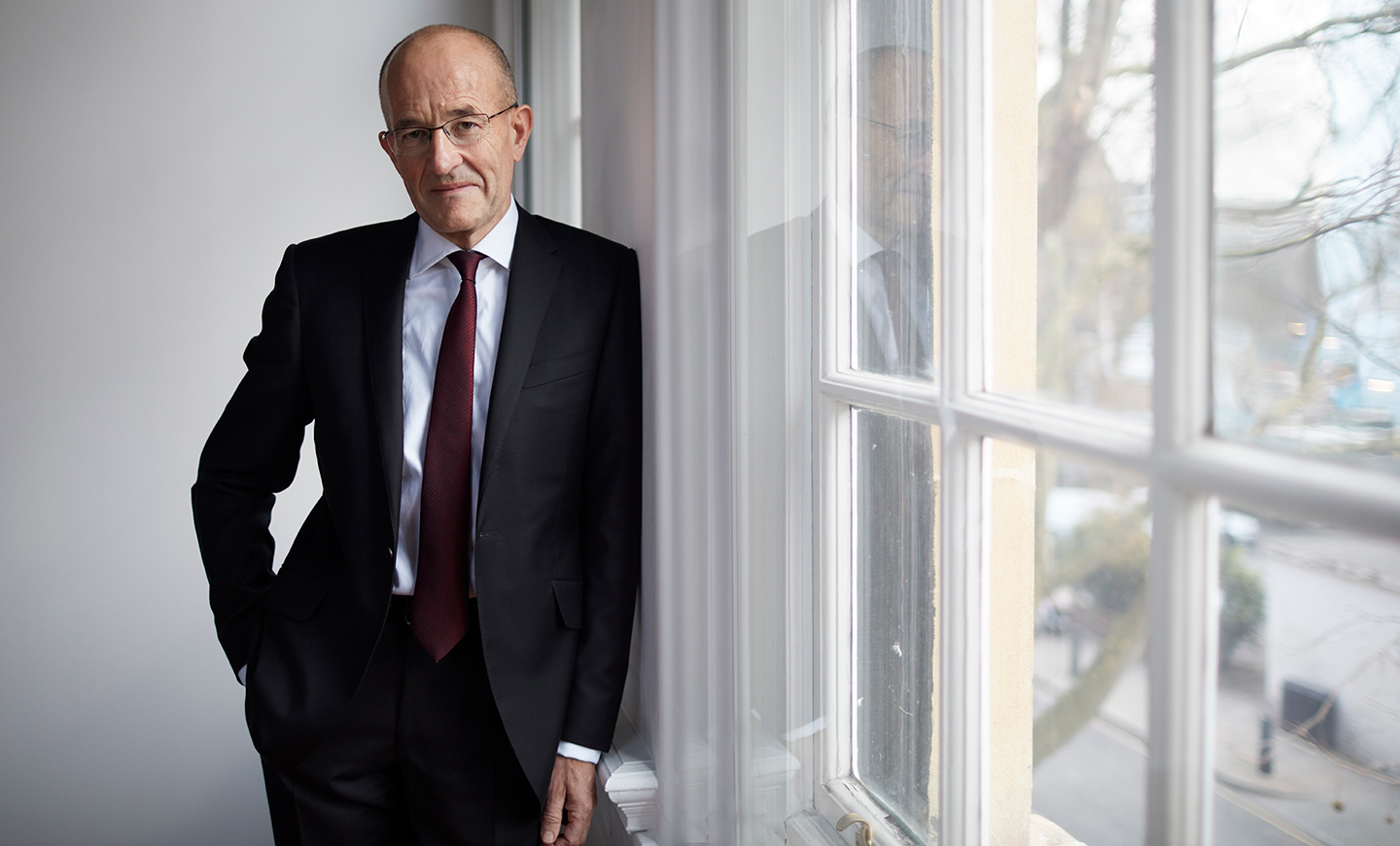 He then served as President from 2016 – 2021 after City joined the University of London federation.

Sir Paul was knighted in the 2016 New Year Honours for services to higher education.

City was ranked in the top 30 higher education institutions in the UK by the Times Higher Education Table of Tables.

In July 2012, City's Environmental Management System was awarded the EcoCampus Platinum Award and ISO 14001 certification in recognition of the University's commitment to reducing its environmental impacts and to integrating sustainability into its daily services and activities.

Launch of inaugural annual lecture and iconic University Clock named after George Daniels, a City alumnus and one of the world's greatest watchmakers.

2016 - City joins the University of London

Read City’s review of its historic sources of funding which has determined if there were any links with the historic transatlantic slave trade and made appropriate and considered recommendations.