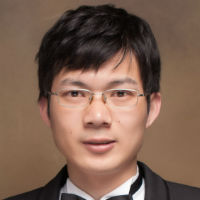 Dr Weiping Wu is the George Daniels Lecturer in the Electrical and Electronic Department at City, University of London.

In the area of carbon materials, he has discovered several novel carbon materials, such as bulk biomass carbon, carbon spherical crown, carbon meshes and so on. He has sucessfully demostrated the record high performance of solar thermal powered steam generation devices to produce fresh water by introducing wind. He has also applied the high surface area, chemically activated carbon materials derived from biomass, plastics or fossil fuels in industry, such as gas storage devices, batteries, air purifiers, water filteration systems and catalysis systems.

Dr Wu had been working at University of Cambridge as a Research Associate from 2010 to 2013. He carried out research on graphene, 2D materials and nano diamond for optoelectronics in the Engineering Department at the University of Cambridge. He was an early member in the Cambridge Graphene Centre, worked on projects funded by EPSRC and EU Graphene Flagship projects. He won the first place award in the Cambridge University's Enterprise Competition in 2012. He has been recognized as the finalist for the TechWorks 2018 Award, and the International Union of Pure and Applied Chemistry (IUPAC) Young Observer for IUPAC 47th Congress, 50th General Assembly and Centenary Celebration.

In 2013, he was appointed as a Research Fellow and Project Leader in the Optoelectronics Research Centre (ORC), University of Southampton, where he worked on lasers, optical fibres, nano photonics and metamaterials.

Dr Wu has published more than 50 papers with a total citation over 3500, and an h-index of 29, in the high impact factor journals such as Chemical Society Reviews, Nano Letters, Advanced Materials, Advanced Functional Materials. He contributed a book chapter for the United Nations Educational, Scientific and Cultural Organization (UNESCO).

Dr Wu is the Chairman of the Society of Chemical Industry (SCI)'s Chinese UK Group, and the committee members of SCI Materials Group and SCI London Regional Group.