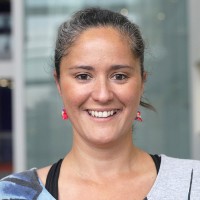 Laura Pereira completed her BSc majoring in Zoology, Ecology and Law at the University of the Witwatersrand (Wits) in South Africa in 2005. In 2006 she went on to complete her BSc (Hons) in Ecology and Environmental Science with distinction, working on nitrogen dynamics in southern African agriculture. She was also elected as a member of the Wits Student Representative Council and the president of the Wits chapter of the Golden Key International Honour Society. Having received a Wits University Council Scholarship for study overseas, she moved the Oxford University School of Geography in 2007 where she read for an MSc in Nature, Society and Environmental Policy at St Hilda’s College. Her dissertation involved using a materialistic approach to analyse the legal commodity chain of coca in Colombia. In 2008 she received a Clarendon Scholarship and an Oppenheimer Memorial Trust Grant to undertake her DPhil studies at Oxford. The title of her thesis is ‘Private sector adaptive capacity to climate change impacts in the food system: food security implications for South Africa and Brazil.’ She was also awarded a Commonwealth Scholarship for the academic year commencing September 2009.

Following a stint as a Future Agricultures Consortium (FAC) early career fellow at the Institute for Development Studies at Sussex University, she became a Giorgio Ruffolo and Gundle Public Service Post-doctoral fellow in the Sustainability Science Program at Harvard's Kennedy School. She then moved back to South Africa and completed a post doc at UCT under the bio-economy chair and was then employed at the Centre for complex systems in Transition at Stellenbosch university under the GRAID project to work on sustainability transformations in the food system. She is now based at the Centre for Food Policy, City University of London, working on a Wellcome Trust funded SHEFS project that focuses on healthy and sustainable food systems in South Africa, India and the UK.