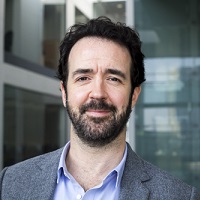 A criminologist from City, University of London has presented a BBC Radio 4 documentary that explores the history of scandals in the UK.

The Scandal Machine sees Professor Chris Greer (right) trace the evolution of scandals involving high-profile public figures and how the media report them.

Drawing on research co-produced with fellow City criminologist Professor Eugene McLaughlin, Professor Greer describes the changing nature of scandals, noting a shift in the focus of scandal reporting from bad apples – the misconduct of a few individuals – to rotten barrels – systemic problems of corruption or abuse.

Professor Greer and Professor McLaughlin’s work on the issue includes a recent article in the international journal Theoretical Criminology, in which they argue that every public institution is now at risk of being consumed by scandal.

Speaking during the one-hour BBC Radio 4 documentary, Professor Greer explains that the revelations about abuse by TV personality Jimmy Savile played a significant role in the change that is taking place.

“The Savile scandal reflected what appears to be an ongoing shift in how scandals are reported by journalists and perceived by the public,” he says. “There is a strong sense today that scandals reflect systemic problems, rather than the isolated acts of a few individuals, and that no institutions are like to be scandal free.”

Scandal and a networked world

Professor Greer, Dean of the School of Arts and Social Sciences, is joined on the programme by a cast of investigative journalists and Westminster insiders, including Private Eye editor Ian Hislop and politician Michael Dobbs.

Working with award-winning radio producer, Cicely Fell, the City academic explains how the rise in the popularity and influence of social media has dramatically affected the phenomenon, which has become “digitally supercharged”.

“Once, the scandal machine was essentially driven and staffed by newspaper editors and their investigative hacks,” he says. “Today in a networked world of social media, it has widened its compass to involve almost everyone in the process of investigating and breaking a scandal. What happened with Weinstein is a perfect illustration.” 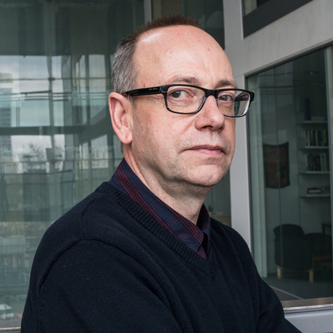 Professor McLaughlin (right) and Professor Greer's recent paper, Theorizing Institutional Scandal and the Regulatory State, argues that the scandal machine may be undermining trust and confidence in public institutions.

They claim that the change in the nature of reporting and unveiling of institutional scandals means they are now proliferating in an unprecedented manner.

The researchers also discuss the issue in the chapter, News Power, Crime and Media Justice, in The Oxford Handbook of Criminology.

Professor Greer concludes the BBC Radio 4 documentary with the suggestion that the scandal machine is networked into “every corner of society”, with online archives shaping collective memory into the future. “Now, we all play a bigger part in the scandal machine than ever before,” he says.