The Prize is awarded annually by the RMA for a distinguished article by a scholar in the early stages of their career.

The 2022 Prize is awarded to Messeder for her chapter ‘Brazilian Encounters: Beirut’s “Golden Age,” Ziad Rahbani, and Lebanese bossa nova’, published in Music and Encounter at the Mediterranean Crossroads: A Sea of Voices.

Gabrielle’s chapter demonstrates what we might learn from transnational musical formations that play across large diasporic fields.

Her work was awarded for being “engaging and elegantly written, [making] a compelling case despite its shorter format.” 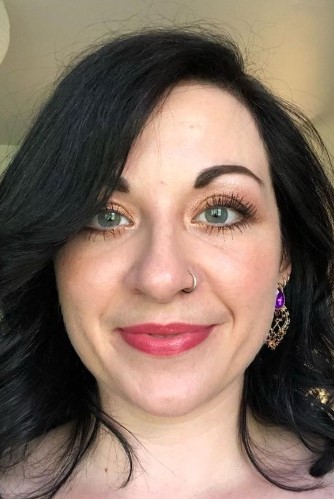 “I am really delighted to be the recipient of the 2022 Jerome Roche Prize. I was notified a week before submitting my PhD thesis, which was wonderful timing! It’s given me confidence in my writing and has enabled me to share my work with a wider audience.

“The research I undertook in order to write the chapter involved a mixture of archival and ethnographic work.

“I am very grateful to the musicians I interviewed, who were so generous with their time and entrusted me with their stories.”

Gabrielle’s research at City broadly concerns Brazilian music and dance in Lebanon. Her PhD supervisor at City is Professor Laudan Nooshin, Senior Lecturer in Ethnomusicology in City’s Department of Performing Arts, whose own research in the broad fields of popular music studies, contemporary music cultures and urban sound studies focuses on Iran and the Middle East. She herself is currently a Vice-President and Trustee of the Royal Musical Association.

Gabrielle also lectures and researches for University of Greenwich, and is a Research Fellow in Ethnography for the Arts and Humanities Research Council-funded project "Exploring Cultural Diversity in Experimental Sound", which ends in February next year.

The project, the funded value of which is just under £200,000, looks to inform a “white paper policy document highlighting the challenges inherent for practitioners of diverse cultural backgrounds as they seek to navigate an artform that is institutionally White.”

In 2018, Gabrielle was one of the recipients of the British Forum for Ethnomusicology Fieldwork Grant alongside fellow City PhD candidate Soosan Lolavar, who is researching contemporary composition in Iran.

Candidates were evaluated on: “the quality, originality and significance of the research and its potential contribution to ethnomusicological knowledge, theory and debate; the feasibility and importance of the fieldwork for achieving the stated research aims and outcomes and the need of the applicant”.

In addition to her academic work, Gabrielle regularly performs Brazilian and West African music in London.

About the Jerome Roche Prize

The Jerome Roche Prize was inaugurated in 2001 in memory of the British scholar Jerome Roche (1942-1994), who took studied at St John’s College, Cambridge and taught at Durham University for 27 years until his death in 1994.