Dr Robert Noble, a City Lecturer in mathematics, has been collaborating with academics across Europe to develop mathematical models to improve cancer treatment. His long-term objective is to design optimal treatment regimens for each tumour type and ultimately each patient.
First published Thursday, 7th January, 2021 • by City Press Office (General enquiries)

Cancer therapy is typically applied at the highest dose that a patient can tolerate. Although this approach succeeds in shrinking tumours, it often fails in the long run because a minority of cancer cells are resistant to the treatment. These cells rapidly expand to fill the space left by the cells that were destroyed. Cancer regrowth has frequently been fatal. 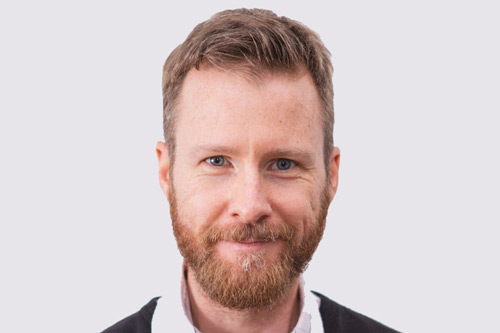 Recently, mathematical oncologists have proposed a radically new approach to tackling this problem based on evolutionary principles. Known as containment or adaptive therapy, this as-yet unproven strategy aims to prevent or delay the failure of cancer treatment by exploiting competition between drug-sensitive and resistant cells. It uses relatively low doses and has the added potential benefits of reducing side effects and improving quality of life.

Dr Robert Noble, a Lecturer in City’s Department of Mathematics, started working on adaptive therapy in collaboration with cancer cell biologists while he was a postodoctoral student in Montpellier, France:

“We validated the concept using a combination of biological, computational and mathematical models. In particular, we showed how spatial constraints within tumours can be exploited to suppress resistance to targeted therapy.”

Shortly after that study was published three years ago, Dr Noble attended a workshop at the Lorentz Center in Leiden on the topic of understanding cancer through evolutionary game theory. There, he not only met his future City colleague, Professor Mark Broom, but also Dr Yannick Viossat, a mathematician at Université Paris-Dauphine who had recently become interested in modelling cancer treatment. 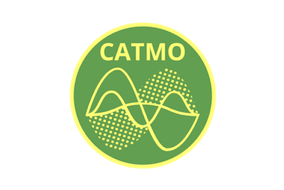 Like Dr Noble, Dr Viossat was concerned that existing mathematical understanding of adaptive therapy was inadequate. As each study used a different model, set of assumptions, or parameter values, it was difficult to draw general insights. The pair of academics decided to collaborate to establish a more rigorous mathematical theory of tumour containment, unifying the various models that had been previously proposed.

Supported by a small grant from Fondation Mathématiques Jacques Hadamard, Dr Noble and Dr Viossat worked together for three years, occasionally meeting either in Paris, or in Basel, where Dr Noble was pursuing his second postdoc.

Using mathematical analysis and numerical simulations, they established general conditions under which a containment strategy is expected to control tumour burden more effectively than applying the maximum tolerated dose. Importantly, they also identified conditions under which containment might fail to outperform standard of care. Their study was recently accepted for publication; an earlier version is available as a preprint.

As interest in adaptive therapy is rapidly growing, Dr Noble and Dr Viossat decided to organize a workshop for mathematical modellers – like the one at which they met in Leiden – to survey the state of the art, discuss future directions, and foster collaborations. They held the four-day event online in December, with co-organizers from the US and South Korea. The virtual event was attended by one hundred persons who participated in more than twenty talks, interacting via the Sococo virtual meeting platform. Due to the success of this workshop it will become an annual event.

Having started as a Lecturer at City in July 2020, Dr Noble plans to continue developing mathematical models to improve cancer treatment. His long-term objective is to design optimal treatment regimens for each tumour type, and ultimately each patient.

At City I’m ideally located as London is a global hub for oncology and for cancer evolution research in particular. I’m especially excited that City is one of 14 research institutions recently awarded European Commission funding for an Innovative Training Network called EvoGamesPlus.

Starting this Summer, this network will provide 15 PhD students with the training needed to further expand and advance the field of evolutionary game theory. EvoGamesPlus will focus on two applications: epidemiological modelling and the modelling of cancer and its treatment.

“I look forward to helping these students lead the way towards more effective clinical strategies based on mathematical and evolutionary insight.”