The City Law School's Dr Adrienne Yong and Dr Sabrina Germain say the current disruptions to the provision of care have shown that the traditional equal access approach has never translated to an equal experience for all.
First published Friday, 27th November, 2020 • by City Press Office (General enquiries)

We were told at the beginning of the coronavirus pandemic that the virus did not discriminate. But the truth is that COVID-19 has brought to light the structural inequalities in healthcare that have existed for decades.

In the UK, people from an ethnic minority background are more likely to die from COVID-19 than white people. And during the first wave of the pandemic, the increased in overall deaths rates from all causes was higher among migrants than among people born in the UK.

The pandemic has also affected men and women differently – men are 40% more likely to die from COVID-19 than women, for reasons that are still unclear. Women, meanwhile, bear more of the brunt of the pandemic in terms of childcare, job security and mental health problems.

It’s clear that the intersection of someone’s gender, race and immigration status raises a number of specific issues when it comes to healthcare. In a recent commentary published in the Feminist Legal Studies journal, we looked at the impact of the pandemic on access to healthcare services in England, focusing on ethnic minority and migrant women. We have found that existing barriers faced by these women when seeking healthcare have been exacerbated by the pandemic.

Dr Sabrina Germain’s previous research has argued that the COVID-19 crisis has led to the suspension of the equal access approach in the NHS – which guarantees that all British residents have the same opportunity to get healthcare – and instead prioritised patients directly affected by the virus. For example, screening of potential cancer patients and non-urgent elective surgery were suspended.

This disruption in provision has only highlighted the underlying issues of access to healthcare for ethnic minority and migrant women. This could go some way to explain why ethnic minority women made up 55% of the pregnant patients admitted with COVID-19 during March and April, putting them at a higher risk of severe complications.

Ethnic minority and migrant women are particularly vulnerable to medical prejudices and racist beliefs. This includes the myth that non-white people have a greater ability to cope with pain or an illness. Even before the pandemic, their concerns were often not listened to by healthcare professionals.

Women from these groups have long had more limited access to specialised maternal care. A 2018 study found that black women in the UK were five times more likely and Asian women twice as likely to die in pregnancy than white women. The study cites multiple instances of women who died after presenting to healthcare services with pain that was not investigated or followed up.

Vulnerable migrant women often suffer from inappropriate or lacking antenatal care. This increases the likelihood that their children will develop certain medical conditions (comorbidities) themselves, entrenching disadvantage for another generation. 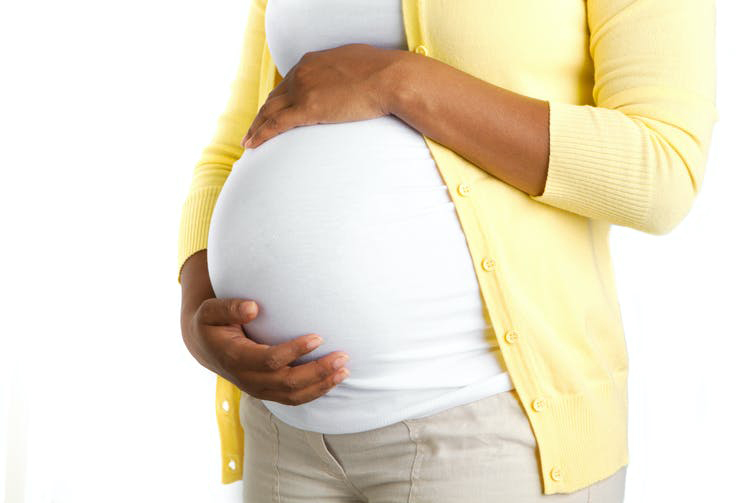 Barriers to accessing healthcare are not always physical. Often gendered cultural barriers discourage ethnic minority and migrant women from seeking care. These cultural aspects are not well understood or taken into account by the healthcare system.

Cultural barriers include information barriers that manifest in women lacking confidence to ask questions about accessing care, or being unaware of support that is available to them. This is known as “health illiteracy”, which can also give the wrong impression that women are a “problem” in the healthcare system. Health illiteracy has discouraged ethnic minority and migrant women from accessing such mainstream services, leading them to instead rely on their communities for support.

For the frequently changing coronavirus rules to be followed by all, they need to be properly understood and applied to alleviate fears of seeking care among marginalised communities.

Migrant women in particular face financial barriers when seeking access to healthcare, being charged fees for treatment which are not applicable to non-migrants. The fees are a particular problem for those on low incomes, disproportionately affecting women as many are in low-paying jobs, especially single mothers supporting children.

Fees and other concerns related to having an insecure immigration status may also mean that more migrants did not access appropriate healthcare in the past, putting them at future risk of falling into a high-risk health category. This is of particular concern in the context of COVID-19, as the virus preys on those with underlying health conditions.

Migrant women in abusive relationships have also been disproportionately affected by the pandemic. It has been shown that domestic violence increased significantly during lockdown, and there were worrying reports of women being turned away from refuges because they did not speak English. Being under the control of an abusive partner may mean a woman is prevented from accessing healthcare. She would also be forced to stay in the abusive relationship if she depended on her partner for her immigration status.

This public health crisis is an opportunity to look more closely at the issues affecting women in healthcare, and the particular needs of ethnic minority and migrant women.

The current disruptions to the provision of care have shown that the traditional equal access approach has never translated to an equal experience for all. In fact, there has always been a disproportionate impact on ethnic minority and migrant women, which the pandemic has only made worse.