A team from City, University of London’s Department of Engineering believes that a new approach to generating energy through waste heat could yield important insights into delivering environmentally-friendly power.

The ORC is based on the principle of heating a liquid which causes it to evaporate, and the resulting gas can then expand in a turbine, which is connected to a generator, thus creating power. Waste heat to power organic Rankine cycle systems can utilise waste heat from a range of industrial processes in addition to existing power generation systems.

As illustrated below, a cascaded ORC system is essentially two ORC systems coupled together, with the heat that is rejected from the first ORC being used as the input heat for the second. 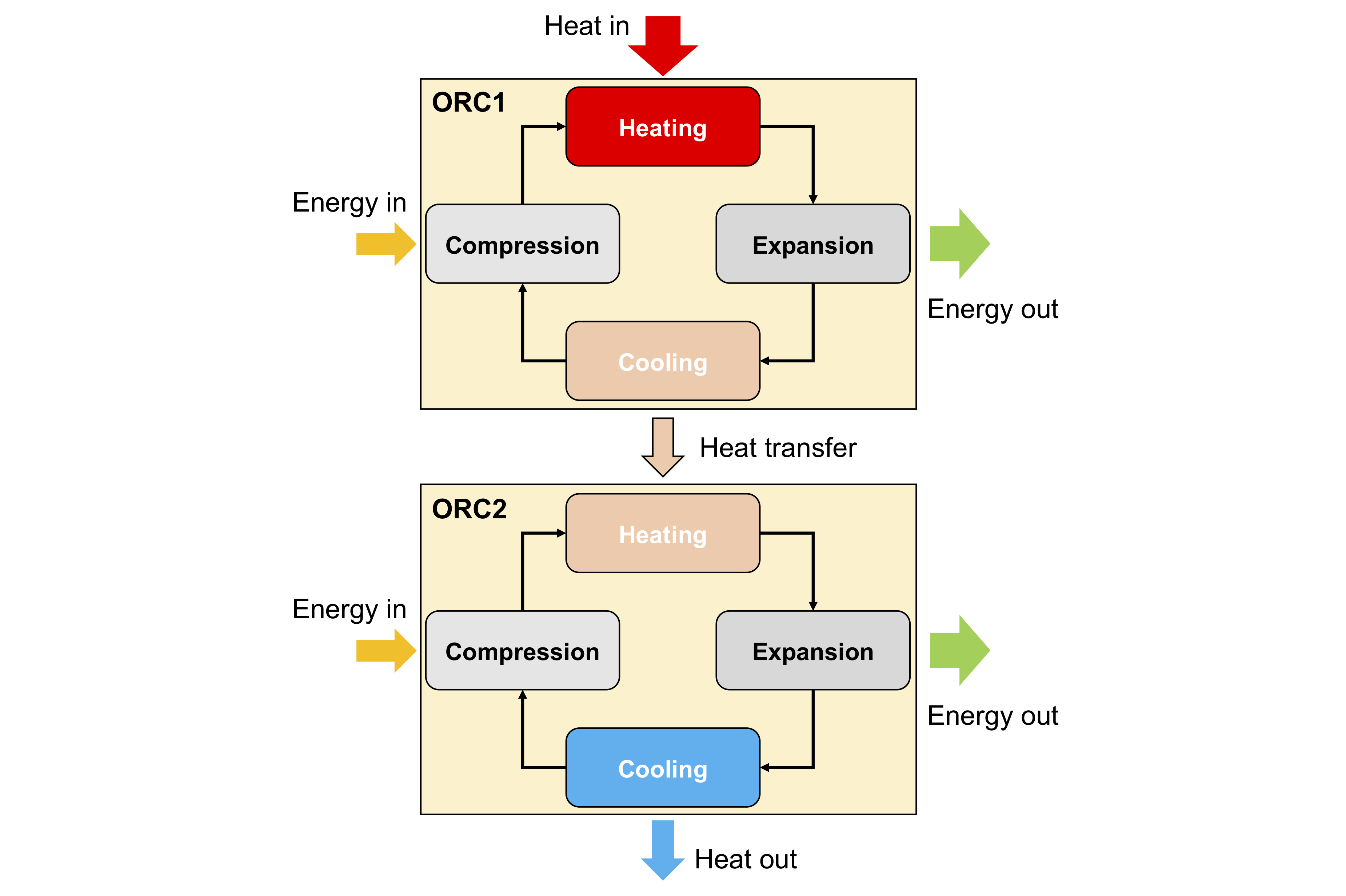 He says the trade-off can be explored through optimisation and the generation of what is called a ‘Pareto front’ - a collection of optimal solutions that considers the trade-off between two things. 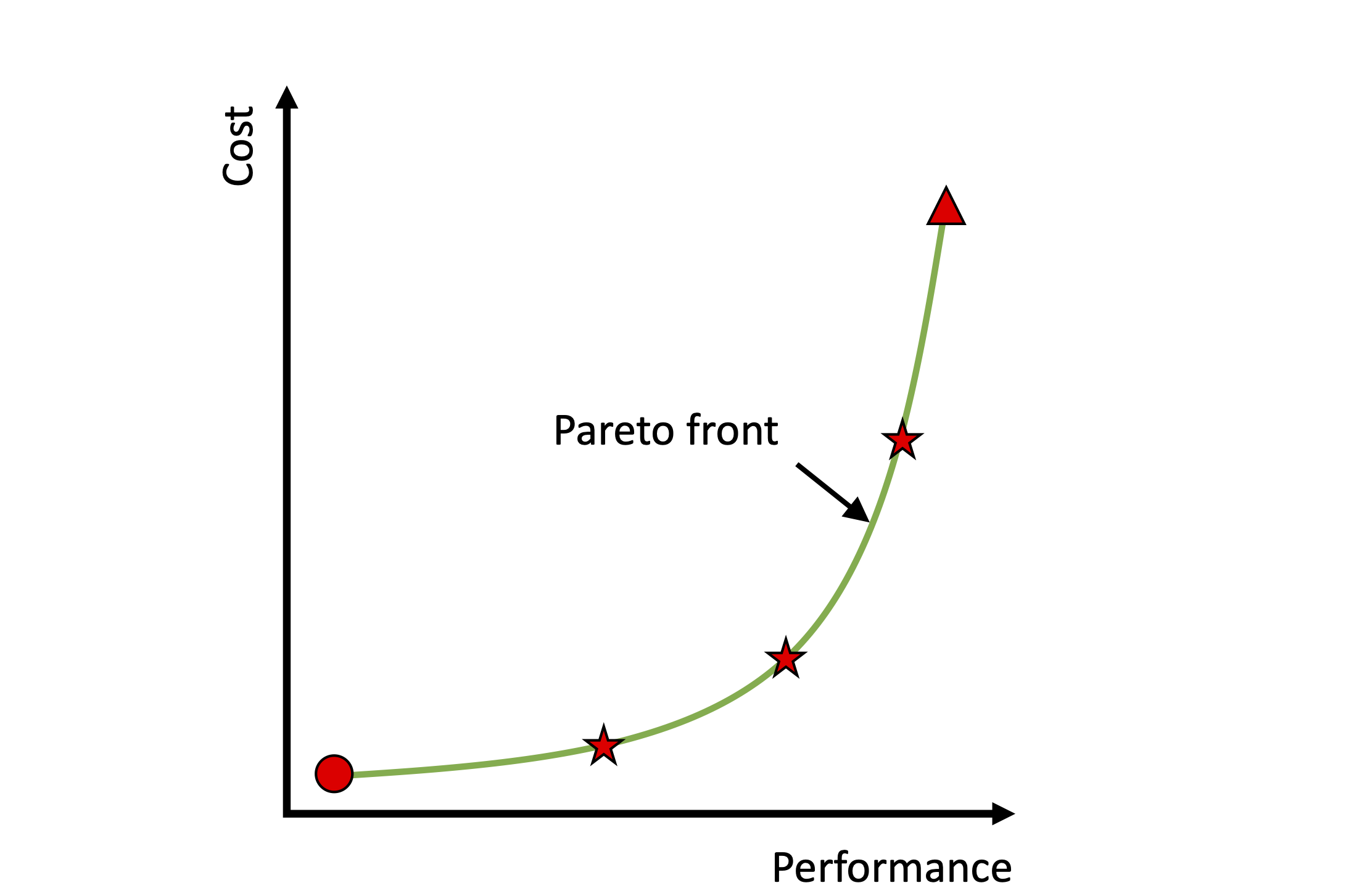 This is illustrated above with the cheap solution (circle), expensive solution (triangle) and trade-off solutions (stars) making up the Pareto front (solid line).

In the figure below, the red and black markers correspond to the Pareto fronts generated for the two different systems, leading to two inferences: If quite large heat exchangers (in this specific case, greater than around 200m2), were affordable, then for that amount of area, it is possible to generate more power with a cascaded system than a single-stage system.  However, if the size of the heat exchangers was restricted, one would probably be better off with a single-stage system. 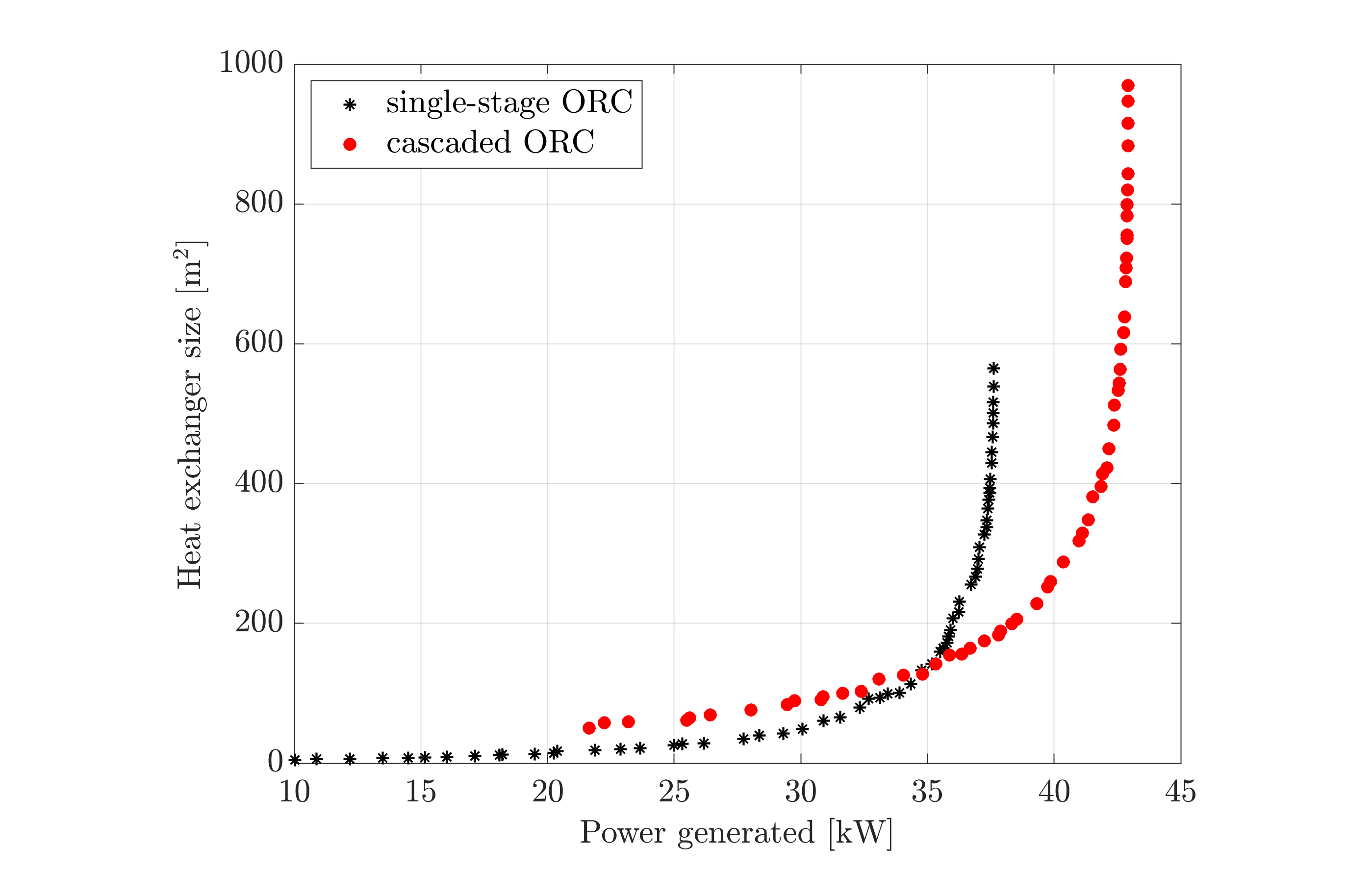 His paper emerged out of his work on the NextORC project, funded by the Engineering and Physical Sciences Research Council (EPSRC).