The Global Reach of EU Law

While the notion of ‘global reach’ in a commercial sense has long had connotations of global success and an unmistakable international footprint, the idea of ‘global law’, however, is more elusive and contestable.

The EU strives to be a leading rule-making organisation in both economic and non-economic fields with global reach. Yet sometimes this is intended and sometimes not.

In her new book, The Global Reach of EU Law, (Routledge), Dr Elaine Fahey, a Reader in The City Law School, focuses upon unpacking the uncertainty, the form and directions of the global reach of EU law, as a distinctive form of post-national rule-making.

The book takes as central themes two tasks: Developing conceptually the global reach and effects of EU law, and breaking down and reconstructing the methodology of EU rule-making processes.

What specific impact and effects are the EU’s rules having? What indeed is the EU’s approach to global rule-making? When do EU rules have external and/or global effects? What rules, standards or values is the EU accepting? What is transparency in this context? The normative story of the global reach and effects of EU law is innately bound up with the process surrounding it and it is one which this book seeks to develop further. One specific theoretical methodology used to sketch the broader themes of this account and explore specific case studies is the phenomenon of EU rule-transfer, expanded upon here next.

More practically, the book traces norm promotion in rule-making and purports to carefully identify and separate the external from the internal in distinct case studies. It is argued that defined methodologies are only embryonic in EU law scholarship. 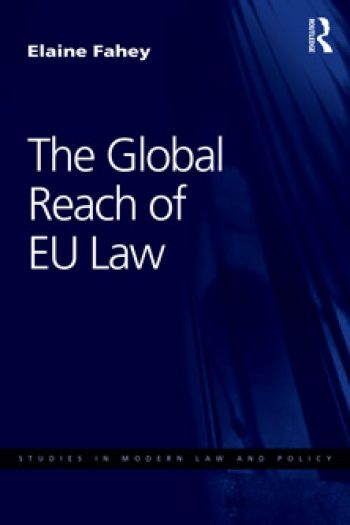 Post-nationalism or non-nationalism is the process or trend by which nation states and national identities lose their importance relative to supranational and global entities.