It is well known that people serving in the armed services need to be physically fit to perform at their best in high-stress situations, but how do they stay mentally fit?

Hosted at Parliament earlier in the month, the UK All-Party Parliamentary Group on Mindfulness event, ‘Mindfulness in the Services: Strengthening Resilience within the Armed Forces,' brought together mindfulness and military experts to talk about how and why service personnel and defence staff use evidence-based mindfulness practice. 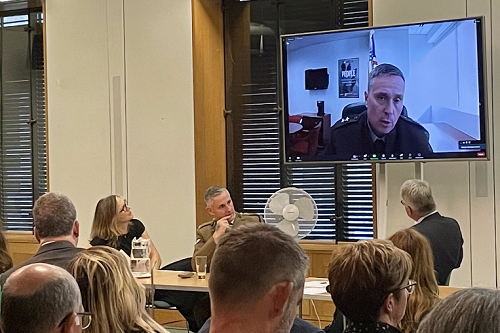 Major General Christopher Norrie, US Army, speaking to the APPG via video link

Dr Jutta Tobias Mortlock, Senior Lecturer in Psychology at City University of London and Co-Director of City University’s Centre for Excellence in Mindfulness Research, shared her research on team mindfulness in the UK Armed Forces, and Dr. Amishi Jha, Professor of Psychology at the University of Miami and Director of Contemplative Neuroscience for the Mindfulness Research and Practice Initiative, provided an overview of how her research on mindful attention has informed mindfulness training initiatives in the US Armed Forces.

Reasons why military personnel engage in mindfulness practice include to help develop their inner resources, protect and strengthen their well-being and performance, better equiping them for their high-pressure roles.

Maj Gen Christopher Norrie spoke of the importance of cross-Atlantic partnerships in this field and expressed his delight at representing the USA at the event.

Lt Gen Robert Magowan, who leads the Defence Mindfulness Steering Group, related a personal story to illustrate the pivotal role that mental resilience holds in keeping military personnel physically and psychologically fit. He emphasised how different people may practice mindfulness in different ways yet, whatever its form, it can significantly enhance mental resilience. 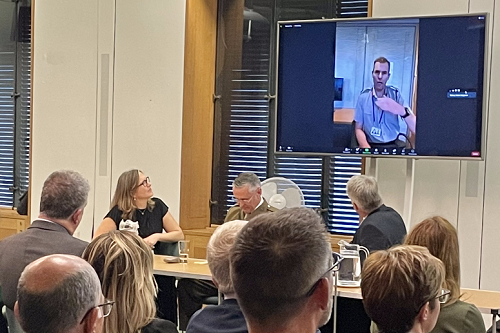 Dr Tobias Mortlock followed up on the notion that mindfulness may look and sound differently dependent on the context in which it is practiced, and explained that her research on “next-generation team mindfulness training” has added an explicit social dimension to mindfulness practice.

According to her research, this new dimension in mindfulness training may be particularly helpful for individuals and groups high in dedication and self-sacrifice, such as those serving in the Armed Forces. This is because for highly dedicated and self-sacrificing individuals, looking out for the wellbeing of others may be less counter-cultural than focusing predominately on self-care in mindfulness practice, thus mental resilience may be significantly enhanced by people proactively being mindful of each other. 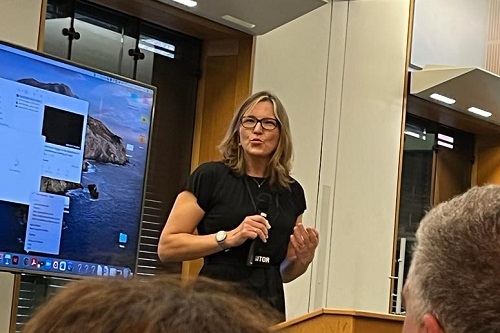 Dr Jutta Tobias Mortlock speaking to the APPG on Mindfulness

Reflecting on her talk and the event, the first in-person Parliamentary briefing organised for the Mindfulness APPG since the start of the pandemic, Dr Mortlock said:

It was fantastic to share our research progress on team mindfulness training in the UK military with such a distinguished set of speakers and with the audience – many of whom I had not seen in person for years!

"Mindfulness and warfare are paradoxical. But mindfulness is a way of being that approaches, not avoids, difficulty and contradictions, in order to understand and overcome suffering. This applies to the mental space within us, but also and at least as importantly, in the space between you and me, in the space where judgments, prejudice and ignorance can fester if we’re not paying attention. Mindfulness has the potential to transform lives. I am grateful that I am able to research in the UK Armed Forces how mindfulness may help increase the resilience of individuals and teams operating in extremely challenging contexts.

The Mindfulness Initiative provide the secretariat for the APPG Parliamentary Group on Mindfulness.

Visit the Centre for Excellence in Mindfulness Research at City, University of London.