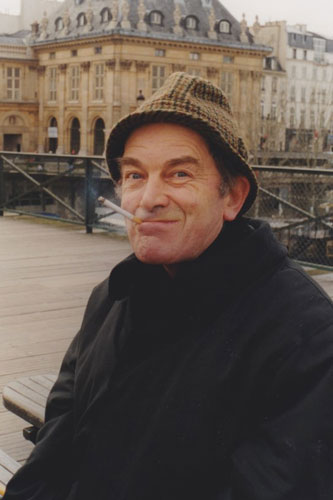 My friend and former colleague, Bob Jones, the longest serving teacher in the prestigious Department of Journalism at City, University of London, and one of its most colourful characters, has died aged 87.

Bob was part of the team that launched the innovative Journalism programme in 1979 and set up MA International Journalism in 1982.

He then ran the Magazine (at one time Periodical) master’s programme and finally, in the late 1990s, started the BA Journalism and Contemporary History course with Peter (now Lord) Hennessy at Queen Mary University of London. He only retired, as Emeritus Fellow, in 2007

Rarely to be seen without a cigarette dangling from his mouth, I once visited him in hospital. We met in a tiny room full of brooms – secretly so that he could continue smoking. Bob had amazing charm and had clearly managed to persuade the nurses to allow him his special refuge.

His office was an extraordinary academic den – with books, newspapers, magazines and piles of student copy to be assessed littered about the table and floor; there was a kettle for making tea and coffee while the walls were cluttered with posters, charts and photographs of family members. And, of course, there were also ashtrays since Bob simply ignored the university’s ban on smoking.

There was, indeed, a rebellious side to his character. During strikes he would often lead us from the steps of the Northampton Square building in the singing of some well-known folk songs, the lyrics of which he had tweaked to capture the union’s claims.

He would often motorcycle in to the University’s main Clerkenwell campus from his North London home and continue to wear his somewhat scruffy, big leather boots during his teaching sessions. When he occasionally removed them, his big toes could be seen poking out from his socks. Bob didn’t care a hoot.

Nor did his students – many of them now occupying leading positions in the media around the world – who valued his attention to detail, his vast, inspirational knowledge of the industry, his endless anecdotes, his humour, his enormous range of contacts in both Fleet Street and beyond and, above all, his commitment to principled journalism.

Bob was born in Wolverhampton and by the time he attended University of Birmingham to study Geography he had already caught the journalistic bug so spent most of his time searching for scoops for the student newspaper, the Guild News. After a stint on the Investors Chronicle, he moved to New York, in 1959, to work on Forbes magazine. In 1961, at The Statist in London, he began his investigations into Robert Maxwell’s dodgy dealings which continued when he joined The Times, in 1967. Bob is even given a walk-on part in Good Times, Bad Times (1983), Harold Evans’s account of his years on The Times and Sunday Times, being described as “a hard-headed business news reporter”.

At City, he led the move away from the old technology to the new, computer-based journalism, devoting hours during his holidays to mastering the seemingly insurmountable mysteries of the Ventura publishing system.

His daughter, Katharine, sadly died in 2011. He is survived by his wife, Janet, daughter Holly, and two grandchildren, Joe and Dulcie.