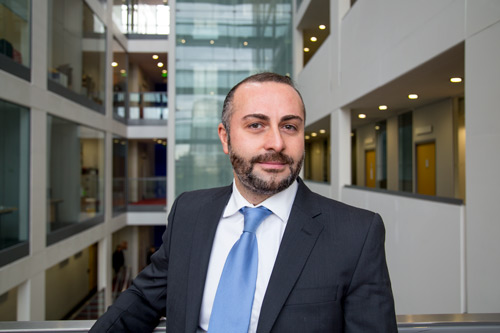 Dr. Talal Ous received his bachelor degree in Electrical, Electronic and Information Engineering from City, University of London. After completing his study, Talal was awarded the prestigious Institution of Electrical Engineers IEE prize for his outstanding performance. In 2001, he joined Hewlett-Packard/Agilent Technologies and he was one of the key developers of the next generation Fibre Optic Transceivers that were widely used in the telecommunications market. Talal then became more interested in Renewable Energy. He worked closely with Johnson Matthey and Toyota Europe on developing Fuel Cells for the automotive sector which led him to obtain in 2007 his Philosophy of Doctorate (PhD) in Energy Engineering from City. Talal published a number of journals and conference papers in the field of Fuel Cell Technologies and Integrated Energy Systems. He also patented a novel design of Instrumented Optical Pantograph that have received high interest from major rail industries.