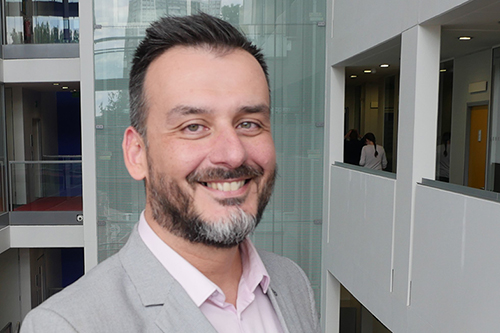 Estanis has a BA in Advertising and Public Relations from Universidad Complutense in his home town of Madrid, Spain, and a PGDip in Careers Education, Information and Guidance from the University of Warwick. He held various jobs in Publishing, Marketing and Sales in Madrid before re-locating to London in 2001. He then worked for John Lewis Plc in several positions. Estanis values Higher Education as the key to personal success and wants to help people develop. This led him to pursue a career in Higher Education and join City in 2005 where he arranged clinical placements for student nurses for two years. Estanis was then appointed as Student Adviser when City's Student Centre opened in 2007. He joined the Careers Information team in 2009 and transitioned to the Careers Consultants team in 2012 upon completion of his PGDip.

Estanis’s professional interests include facilitating group work, one-to-one guidance, ability tests and personality profiling (for which he holds a qualification accredited by the British Psychological Society).