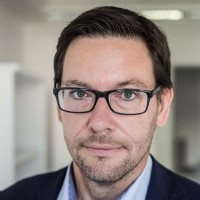 Konstantin is a political scientist in the Department of International Politics. He is an expert in comparative European politics, the European Union, American politics, political history, political leadership, and political psychology.

In his research, Konstantin uses comparative, transnational, historical, and individual perspectives to study how people form preferences about controversial issues, how elites shape opinions and the behavior of citizens through mobilization, persuasion, and information in different political environments, and how these processes relate to critical episodes of major political conflict, such as class politics, regional integration, and the transformation of the welfare state. To investigate the interaction of large-scale political events and developments with individual-level processes, he combines the macro-analysis of institutions, conflict, and competition with a micro-level psychological approach, and he uses a range of methods including experiments, comparative case studies, surveys, elite interviews, and quantitative text analysis.