Spotting concrete corrosion before it's too late

Innovative sensors have been developed at City for improving the ability to spot early warning signs of corrosion in concrete, caused by exposing steel reinforcing bars to wet conditions.

The corrosion sensors are more resilient and longer-lasting than current technology, thereby improving the monitoring of structures such as bridges and coastal defences and preventing maintenance closures or, in the worst cases, collapses. 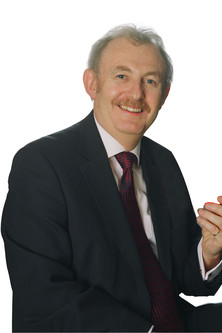 The breakthrough, made by Professors Tong Sun and Ken Grattan (pictured) at City with colleagues from Queen's University Belfast, follows research projects funded by the Engineering and Physical Sciences Research Council.

City has filed patents for the technology and ten papers have been published, including in the Institute of Electrical and Electronics Engineers' Sensors Journal and the American Society of Civil Engineers' Journal of Materials in Civil Engineering.

Unlike similar sensors currently available, those developed by City can withstand long term placement within concrete and constantly monitor conditions, sending text or email warnings to maintenance teams if corrosion is likely.

It is hoped the new sensors could prevent large-scale disruptions such as those caused by the recent closure of the Hammersmith Flyover - an arterial route into West London - due to concrete corrosion.

Given the amount of infrastructure that was built in the 1950s and 1960s, there is the potential for many of these [problems] to crop up over the next few years. We want to be sure that such important arteries into our cities can be monitored and then there's some chance at least that we can take corrective action at an early stage.