The UK’s motor industry has recorded its worst September sales figures since the licence plate system was introduced in 1999.

The Society of Motor Manufacturers and Traders (SMMT) counted just 328,021 new registrations across what is typically one of the two busiest months of the year for car sales – along with March – as new licence plates increase consumer demand.

Dr Paolo Aversa, Senior Lecturer in Strategy at the Business School (formerly Cass), believes the pandemic is just one reason behind quieter showrooms so far this autumn:

“Purchasing a car is a major investment that requires a certain level of financial stability.

“With many people either on furlough or out of work all together as a result of the pandemic, there is a lot of uncertainty which always prompts cautious purchasing decisions.

“On top of this, there is an industry movement towards hybrid and electric vehicles. While this is going to have a positive impact on the environment, these vehicles are still at the higher end of the market and many people are unable to make such a commitment at this moment in time.

“Another probable reason for a shock in car sales is Brexit. A lot of people who buy cars in the UK are European citizens who may be deliberating about a possible return to the continent after the transition period.

“Purchasing a right-hand drive vehicle in the UK becomes less attractive to them because of the added difficulty in navigating European roads, never mind the complications of trying to sell a vehicle designed for driving on the other side of the road.” 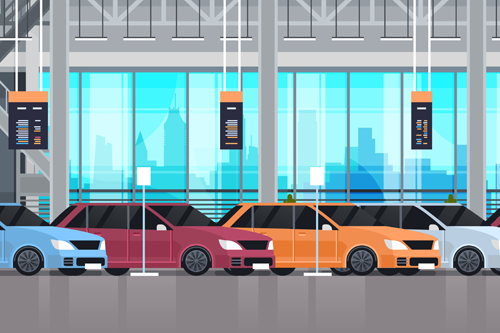 Dr Aversa believes time will tell as to whether September was a ‘lost month’ or if there will be a shifted spike later down the line, and that the key to revival for companies in the short-term is to focus on accessibility rather than sales:

“The pandemic has increased our desire to avoid public transport, so the car industry should look to capitalise with affordable options.

“We live in a ‘liquid consumption society’. This means that we are becoming happier to access goods for a shorter period of time rather than owning them outright – look at how music and films are now streamed instead of bought, for example.

“To rejuvenate revenues, the motor industry must tap into this mindset and focus on leasing vehicles to create a more affordable, low-risk option for consumers.”

All quotes can be attributed to Dr Paolo Aversa, Senior Lecturer in Strategy at the Business School (formerly Cass).