By Dr Enrico Bonadio
(Republished from The Conversation)

The elusive Bristol street artist Banksy has hit the headlines again recently after opening a store named Gross Domestic Product in South London. It is (literally) a shop window where people can see displayed objects and buy them online. Products for sale include the Union Jack stab-proof vest as worn by Stormzy at Glastonbury festival, disco balls made from discarded police riot helmets and other items showcasing Banksy’s art. 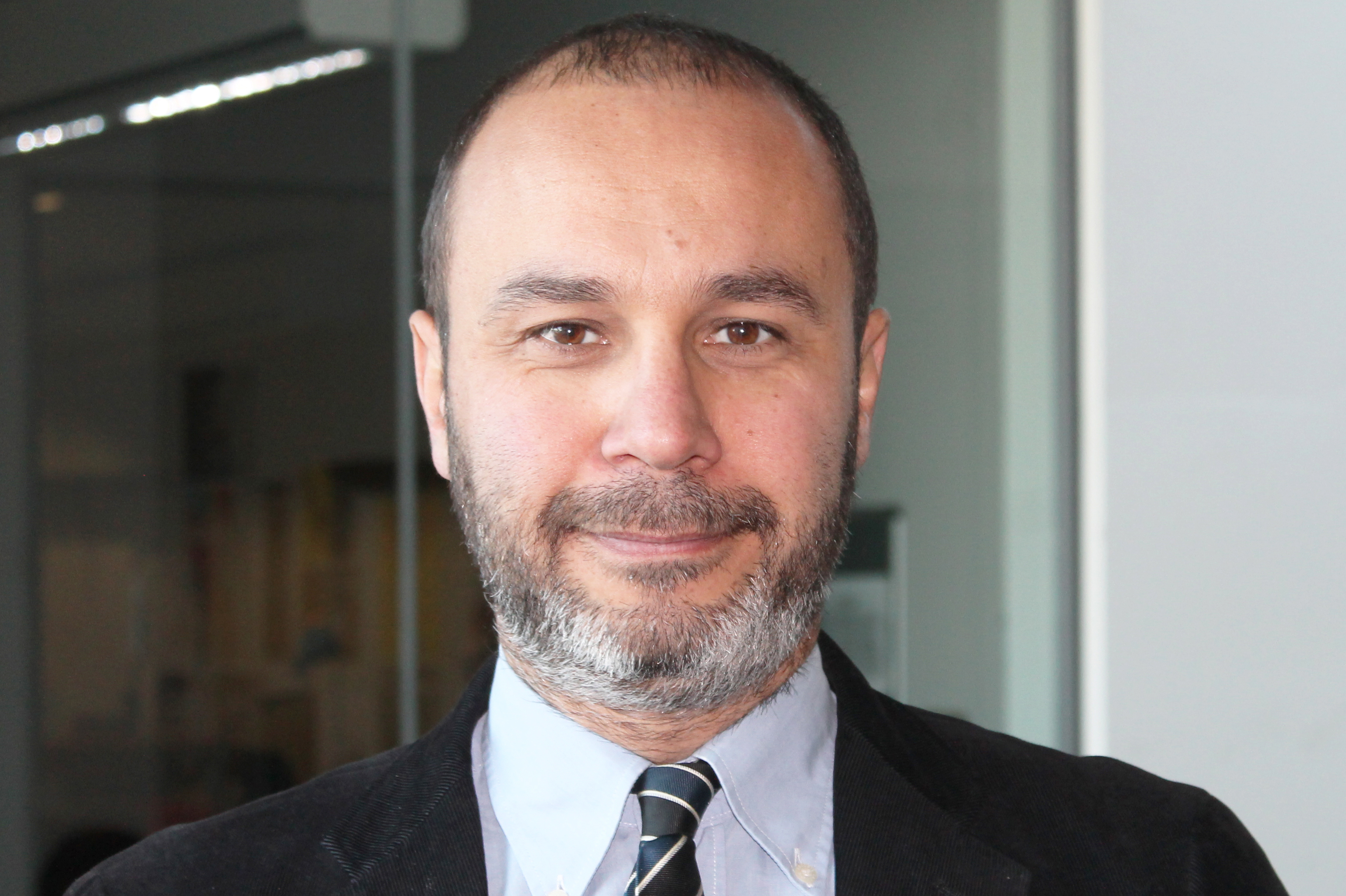 The famous artist said he had been pushed into setting up the store selling “offensive and impractical” merchandise because of a trademark dispute with a greetings card company.

In a statement he said:

"A greetings card company is contesting the trademark I hold to my art and attempting to take custody of my name so they can sell their fake Banksy merchandise legally."

He was then legally advised that the best way to remedy the situation was to create his own merchandise. This course of action presumably aims to show that Banksy is trying to abide by the law which requires owners of registered trademarks to properly use their brands in the course of trade. In the past Banksy has never manufactured, sold or offered for sale goods bearing his brands.

The row arose in March 2019 when greetings card producer Full Colour Black started an invalidity action aimed at cancelling an EU trademark based on Banksy’s iconic mural Flower Thrower, originally painted in the Palestinian town of Bethlehem. The trademark had been formally registered in August 2014 by Pest Control, the official body which authenticates Banksy’s art, acting on behalf of the artist.

The legal challenge mainly relies on two arguments. First, the trademark is not capable of being perceived as such by consumers, as the artwork is used so intensively and commonly by a multitude of entities that sell products reproducing Banksy’s art. In the past this has been accepted and even encouraged by the artist, who famously once said that “copyright is for losers”. 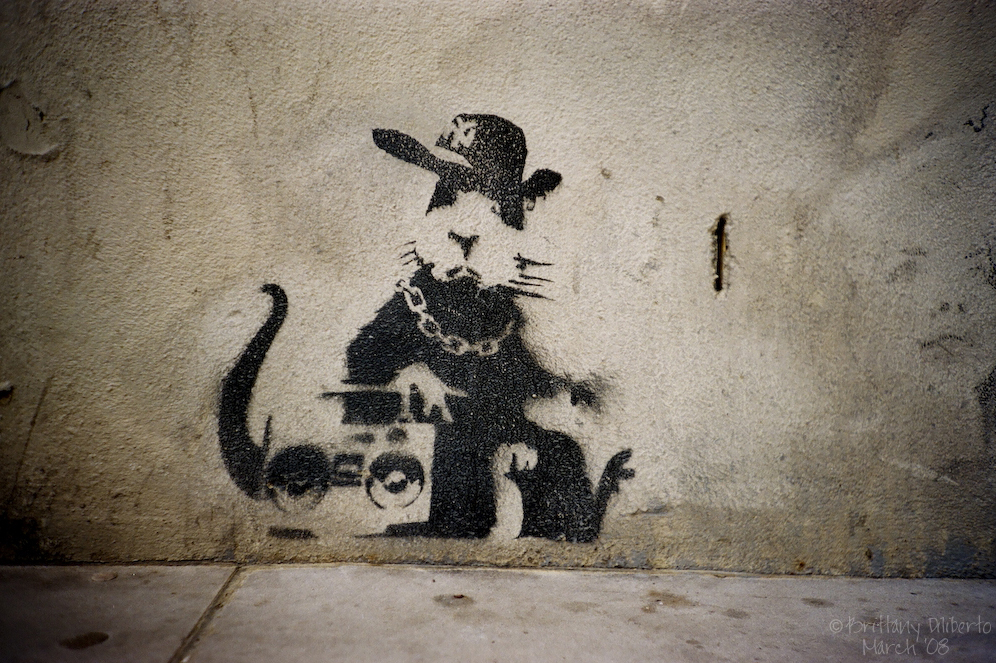 His art is regularly printed and reproduced on everything from posters to keyrings. In other words, the Flower Thrower trademark (and arguably other Banksy brands such as the Hip-Hop Rat) are just mere artworks, the card company argues, that would be seen by people as artistic ornamentation or products themselves. But they are not signs capable of allowing consumers to recognise the manufacturer of the goods.

The second argument is that Banksy should enforce his copyright over his artworks instead of registering trademarks that incorporate them and are not really used to distinguish goods. Indeed, while copyright aims at protecting artistic works, trademarks protect logos and signs that help consumers to make informed purchase choices.

But why does the artist avoid relying on copyright, preferring to apply for trademarks, instead? After all, if copyright is ethically unacceptable and contrary to his anti-establishment message (as Banksy seems to believe), surely trademarks should be considered undesirable on the same grounds? 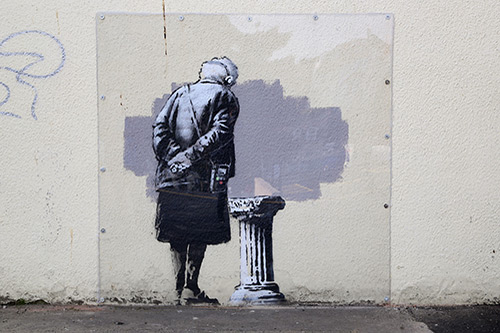 Both copyright and trademarks give monopolistic rights that allow their owners to profit from their own creations, preventing others from trying to cash in. So it doesn’t really make sense to assert that “copyright is for losers” while simultaneously seeking trademark registrations to try to protect copyrightable art.

The real reason Banksy doesn’t invoke copyright seems far more calculated than simply being based on ethical and solidarity principles. Starting a copyright legal action would require Pest Control to show that it has acquired the copyright from the artist. But this would reveal Banksy’s real name, which the famously anonymous artist wants to avoid, as it would erase the aura of mystery around him and have an impact on the commercial value of his art.

This has also happened last year when Banksy sued an Italian museum that had organised an unauthorised exhibition which included the sale of merchandise reproducing his branded art. The street artist again did not enforce copyright – he preferred to invoke trademark infringement instead.

But the artist’s new shop – and his reasons for the new venture – could backfire. The argument that he now must sell his own range of branded merchandise to resist an invalidity trademark action could be invoked by others to show that such use of his brands is basically token, for the sole purpose of avoiding his trademarks being revoked for non-use. The law is quite clear on this point: if you don’t use your brand in a genuine way, you may lose the registration.

The Flower Thrower, the Hip-Hop Rat and other trademarks registered by Banksy may now be more exposed to the risk of revocation for non-use.

Despite Banksy’s efforts to present himself as a down-to-earth, anti-conformist artist and paint the card company as the “bad guy”, this is more like a David v Goliath story – and Banksy is the giant here. Supported by a raft of experienced corporate lawyers and managers worldwide, his art is an undeniably powerful and commercially valuable industry.

Full Colour Black employs three people in a small greetings card business reproducing graffiti artworks including Banksy’s. Exploiting street and graffiti art without artists’ authorisation is certainly a violation of their copyright. Yet, this is not the case with Full Colour Black as it informed Banksy’s representatives that the company wanted to pay him royalties, which he refused. The artist has basically waived his copyright.

If Banksy really wants to keep his registered trademarks, and possibly enforce them against people who exploit them, he’s going to have to start using his brands properly so he can avoid them being revoked and see off other challenges. He may not be happy being forced to cede to consumerist rules, but this is what is required by the very laws that have allowed the registration of his trademarks. Banksy is just going to have to play the game.