Hilton’s talk was titled ‘Journalism with Chinese characteristics: reflections on media in the new era' 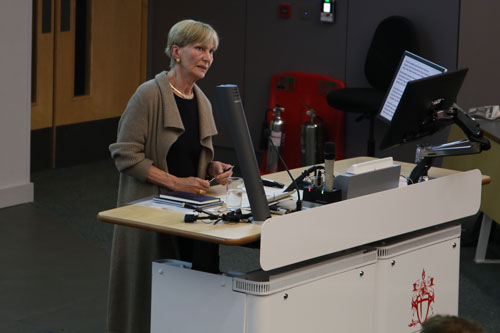 Isabel Hilton OBE, a journalist who has devoted much of her life to understanding and reporting on China, laid bare the full scale of China’s creeping global media influence when she delivered the 2019 James Cameron Memorial Lecture at City, University of London.

The Cameron Lecture has been held annually since 1987 in memory of the prominent journalist James Cameron. Previous speakers have included Robert Peston, Alan Rusbridger, Lionel Barber and Lyse Doucet.

After being introduced by Head of the Department of Journalism Dr Paul Lashmar, Hilton said that China today is “more ideological and authoritarian than it has been since the 1970s”.

The vastly experienced journalist and broadcaster, who has worked for The Sunday Times, The Independent, The Guardian and the BBC, and who currently edits the Chinadialogue website, explained how the Communist Party of China (CPC) is spending huge sums on gaining media influence around the world as a way of maintaining censorship and control.

“It’s trying to globalise a version of its domestic control,” said Hilton.

She outlined how three organisations have been key to controlling what was said and understood about the CPC.

These are: the Party Publicity Department, the Xinhua news agency and the organisation that Chairman Mao called one of Party’s three “magic bullets”, the United Front Work Department.

Propaganda on a global scale

Hilton said that, in 2008, the same year China hosted the Summer Olympic Games, the CPC decided that there was a “global media conspiracy against China”.

The following year it announced it would spend $6.6bn on the Grand External Propaganda Campaign, thus taking the Chinese system of information control global.

“Discourse control is about the power to shape the conversation in ways that suit you,” said Hilton. “This matters if you are a global power that seeks to advance an image that is friendly to its interests. Or, as [CPC General Secretary] Xi Jinping put it, ‘telling China’s story well’.

“There are two aspects to this: selling your own message, and trying to discredit, drown out or silence any narrative that challenges yours.

“Both are very much in evidence.” 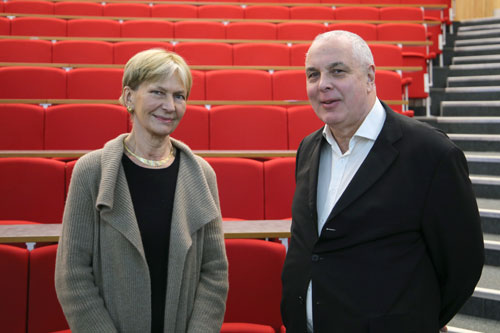 Hilton stressed that, at a time when it is more important than ever to be able to trust our journalistic sources and to understand who is claiming our attention and trying to persuade us, “it would be unwise to underestimate China’s capacity”.

“China has deep pockets, and the Party sees this as a critical front,” she said.

“If we are clear about what we think good journalism is – and how important we think it is to well-functioning societies and political systems – now is the moment."

“We are also in a time of strategic rivalry between the US and China, and both sides make it clear that they wish third countries to choose. Perhaps a UK outside the EU will have to choose – but if we are to make that choice, what should inform it?”

Hilton concluded her thought-provoking lecture by saying: “We should understand that sowing doubt about trust and truth is a game the Party has played since its earliest times.”

“[The Party] is playing on our field now, so at the very least, we need to be sure that we understand the game and that our own game is up to it.”

Adam Tinworth, a Visiting Lecturer in online journalism and communities at City, and founder of OneManAndHisBlog.com, was in attendance at the 2019 Cameron Lecture and has written an excellent summary of the major points raised in Isabel Hilton's talk.

The Eric Robins Prize is awarded in Eric’s memory before the Cameron Lecture each year, to recognise outstanding journalism demonstrating original reporting, professionalism and initiative.

While working as a journalist for the Daily Mirror, Eric Robins was placed with the Army Intelligence Corps during the Second World War. This meant that, at the end of the war, he covered the Nuremberg trials.

He later moved to Africa and worked for many years as a feature writer for a number of international newspapers and, from the early 1960s to 1979, was a correspondent for the Time-Life news service, covering many African countries.

Deported from Rhodesia shortly after UDI (unilateral declaration of independence) because the ruling regime didn't like Time's reports, he moved to Nairobi, Kenya.

This year the Eric Robins Prize is awarded to Richard Assheton (MA Newspaper Journalism, 2019) for his Final Project, which saw him uncover a huge detention camp in Assam, NE India holding Muslims declared to be foreigners.

This is linked to the introduction of a National Register of Citizens and the struggle of millions to prove they are Indian citizens. Assheton’s exposé was published by The Times.

He was presented with his Prize by Isabel Hilton OBE before her 2019 Cameron Lecture.

Assheton has chosen to donate his £500 prize to Press Pad, an award-winning social enterprise that seeks to match young journalists with internships and journalist hosts with a spare room. Press Pad is currently crowdfunding.

He said: “Press Pad has hit on a real way to diversify the media and address its structural imbalances. I think journalism’s only hope is to be a conversation between all those it's about.” 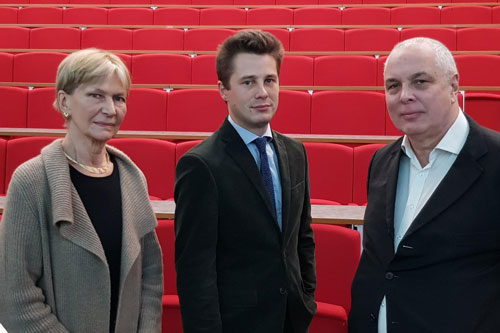