A tribute to Marcel Berlins

City, University of London's Department of Journalism is saddened to learn of the passing of former Media Law lecturer Marcel Berlins, who died on 31st July 2019

Marcel Berlins was an inspirational Visiting Professor and Module Leader during his time at City.

The Department’s Dr Paul Lashmar said: “Marcel really was a brilliant commentator on the law. He made it accessible to the ordinary reader. And what’s more, he did so with a sense of humanity. His wonderful writing will be missed.” 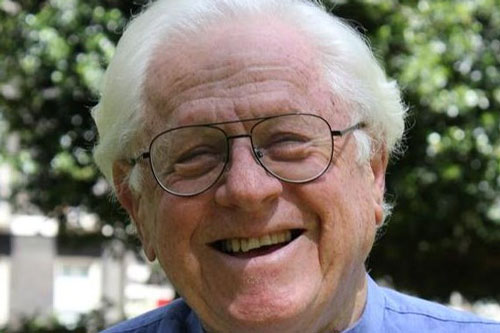 A deeply intelligent and kind man, his students will remember Marcel for the clarity and insight that he brought to complex legal concepts.

For instance, many of those taught by him during the early 2000s will recall his exasperation at the spate of superinjunctions sought by celebrities at the time. And, in particular, the withering wit he showed when unpicking their cases.

One former Premier League footballer (albeit a low-profile one) was seeking a superinjunction on the grounds that he was a ‘household name’.

“He’s not even a household name in his own household,” remarked Marcel to his class at the time.

Students would typically graduate from City with a firm grasp of contemporary media law, something which many of them never thought possible and for which they gave Marcel the bulk of the credit.

Away from City, he will be remembered for a number of impressive contributions to a diverse range of media. He presented BBC Radio 4's legal programme Law in Action for 15 years, wrote two columns for The Guardian and had been a hugely respected crime fiction reviewer for The Times since the early 1980s.

The Times have published an obituary that perfectly captures the spirit and talent of the man, while his colleague Robbie Millen also tweeted: “I shall very much miss my colleague, the mighty Marcel Berlins, crime reviewer of The Times for 37 years… a man of excellent taste and judgment.”

Former students of Marcel’s are also remembering him on Twitter.

Kate Linderholm (Broadcast Journalism, 1993), now a journalist for BBC Radio Sheffield, said: “Lovely Marcel Berlins was funny and made everything much easier to remember. He also had great taste in crime fiction.”

Alex Marshall (Periodical Journalism, 2003), now European Culture Reporter for The New York Times, said that Marcel was “one of the best lecturers I ever had”.