It was the City of sixty-nine

The class of 1969 return to City as part of the Golden Anniversary Alumni Celebration.

By the end of 1969, man had landed on the moon, Richard Nixon had become president of the United States of America and The Beatles had just released Abby Road, but it was also the year that 395 students graduated from The City University, as City was known back then.

Among those graduates were Dr Jane Catchesides, (BSc Ophthalmic Optics, 1969 and PhD Visual Science, 1972) and Martin Catchesides, (MA Economics, 1969), a couple who met at City as part of the Students’ Union committee.

To mark the Golden Anniversary Alumni Celebration, Jane and Martin returned to City and reminisced on how they met, now 50 years on since their graduation. 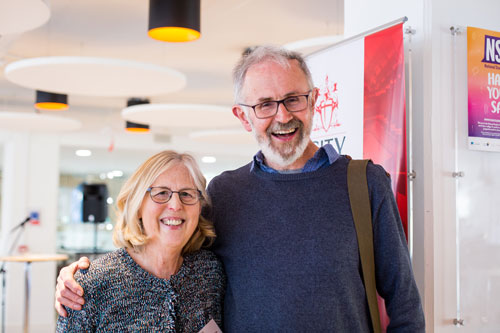 Jane said: “We had known each other from our work on the committee in the Students’ Union, but we did not get together until our postgraduate studies where we bumped into each other at a Christmas reception.”

Martin said: “We were organising the Christmas party for the elderly in Islington and there were a few jobs that no one wanted to do, but then in came Jane who had lined up all the decorations and balloons.

“They couldn’t have been done anymore beautifully. I thought wow and that is when I knew!”

The couple have good reason to keep City in their hearts, as Martin said:

“We stayed very true to City as we married in 1971 up the road in Sadler's Wells – we would have married in the university had they let us!”

Jane said: “After we graduated I was fortunate to lecture at City. The best thing I can remember is the community, there was such a buzz about the place and I was lucky to see that as both a student and a lecturer.”

Also at the celebration was Eur Ing Doreen Pechey, (BSc Electrical and Electronic Engineering, 1969 and MSc Mathematics, 1987), who was the only female engineering student at her graduation. 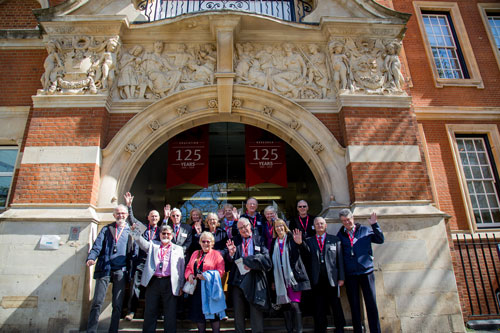 Doreen said: “There were 64 male engineers at my graduation and one woman which was me.

“We all had to give our names to the speaker before we lined up and the looks on people’s faces when mine was called out as I walked across the stage was priceless.

“Some people back then didn’t think women and engineering could go together, I discovered this when I began working and new colleagues would call me thinking I was a secretary. It felt great to correct their electrical work.”

After retiring, Doreen became a teacher in engineering and mathematics, encouraging young women to take up the subjects like she did.

Looking at City now she said: “I can see that a lot has changed, everything looks a lot bigger.

"Although I am really happy to see that King Carrot is still here – Queen Mary College stole him and we had to donate 100 pints of blood to the Regional Blood Transfusion Centre to get him back!”