City in the Swinging Sixties

A series of rediscovered prints bring the ‘Swinging Sixties’ at City back to life.

A series of posters advertising shows at City for bands like The Who, Traffic and the Soft Machine during the late sixties have been rediscovered.

Brian Burns, an engineering student who graduated from The City University, as City was known in 1969, was part of the poster department in the Students’ Union and designed prints for some of the university’s most iconic music nights. 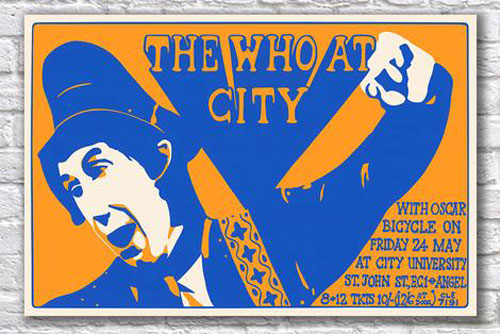 Brian said: “City hosted some great bands back in the Sixties. They would come and play for many dances and Balls in The Great Hall on campus or in the dining hall at The Northampton Hall, which was the old halls of residence.

“We had a great community on campus and there was always something going on. Many different kinds of bands came into play, from jazz to folk to rock and roll. It was such a great time to be a student.” 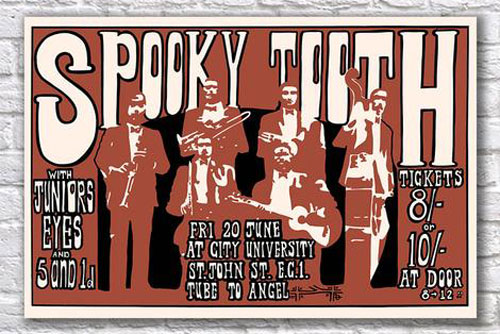 The retired professor who now lives in Ottawa says that students were vitally important to the rise of British bands in the Sixties.

“It was an exciting time for rock and roll and there was no internet back then, so word of mouth was so important. These bands wanted to play for students just as much as the students wanted to see them play.

“The Entertainments team was ambitious, always keen to put on the best bands around. The Student’s Union provided a limited entertainment budget that would be used to pay the bands and then this would be made back with ticket sales.”

“So close to getting The Beatles”

Brian continued with: “It was quite a long shot, but I'd like to think we were close to getting The Beatles. They had stopped performing in 1966 and became a studio band, but we were sure they missed playing live.”

“We put together a not so very well developed plan where they would come and play under a different name, but unfortunately it never materialised. 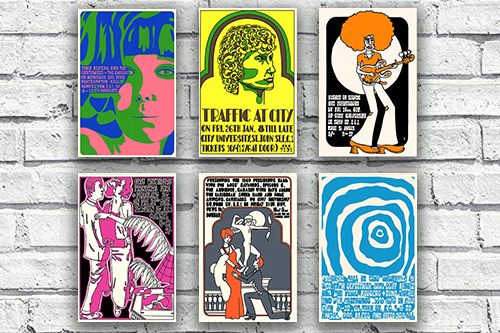 “The best show I remember was when Traffic came to play in The Great Hall. We got them at the height of their success. Many of the students played guitar and in their own bands, so to see the big bands play at our university made a real connection.”

Brian, who went on to study design at Central School of Art and Design, also designed City’s floats in the Lord Mayor’s Show.

Looking back on his student life Brian said: “Somewhere during the shows people stopped dancing and just started to watch in awe. It was a real cultural shift around that time turning dances into concerts.

“While I enjoy the benefits of technology, it was a much more human time back then. We were very much part of the changing times, where we got to see it and live it.

“Looking back now that it has been 50 years, helps us remember just how good it really was.” 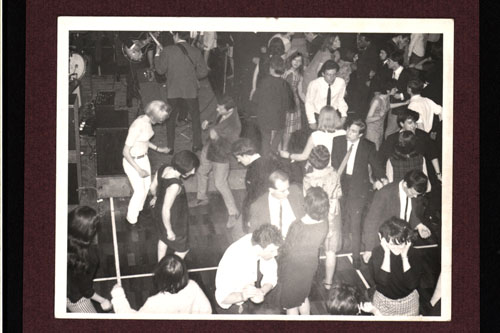 All of the prints have been digitised by Brian’s son, Adam Burns and can be purchased at https://bb1967.com/.