The Guardian Not the Booker Prize is a competition decided by the public and three selected Guardian reader judges. 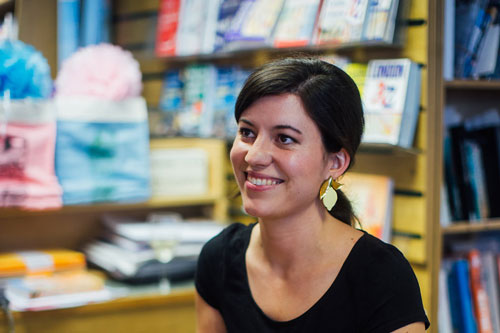 Rebecca said: “I'm really pleased to have been chosen as the Guardian's Not the Booker winner.

“It was a tough competition closely fought, and I feel very lucky to have been picked among such a strong shortlist. The prize is a great boost to debut authors and independent publishers like mine, so I'm thrilled!

“My Masters at City was invaluable when I approached writing Sweet Fruit, Sour Land after the course. Having a community of writers to read and critique each other's work helped build my confidence, and being edited was really important - learning what to leave out made all the difference to my writing.”

“We are thrilled that Rebecca’s fabulous debut novel has been recognised in this way. Rebecca is a wonderful writer and I would urge everyone to go out and buy Sweet Fruit, Sour Land, and read it immediately.

“City’s two year MA in novel writing, for which students must complete a finished novel, has the highest success rate of any in the UK, with more than one in six of our students going on to be published novelists.”