The City Law School’s Dr Thomas Bennett, a Law Lecturer and privacy law specialist, has co-produced and presented the first in a series of Media Law Podcasts with Dr Paul Wragg, an Associate Professor at the University of Leeds. 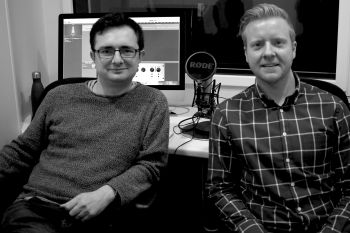 The first series of the Podcast, which will run during the academic year 2018-19, is based on the theme of “Responsibility and Irresponsibility”. Each episode will focus on a particular topic connected to that theme.

The podcast will publish episodes several times a year, with the long-term aim of producing monthly outputs and will prove to be useful resource for students, academics and practitioners in the fields of law, journalism and media/communications.

In the first episode, Tom and Paul are joined by Helen Belcher, one of the founding members of Trans Media Watch, to discuss the portrayal of minority groups in the mainstream media.

The discussion looks at the suitability of existing mechanisms for the regulation of publications that portray minority groups in misleading and discriminatory ways, and asks whether enough is being done to protect minority groups from being misrepresented.

Tom and Paul also do a round-up of news from the Media Law world.

Media Law is an exciting and fast-moving field that continues to bring matters of social and political significance into the public eye. It is an area of law that is a mainstay of many law schools’ curricular in the UK and beyond, and is also a core subject for students of journalism. 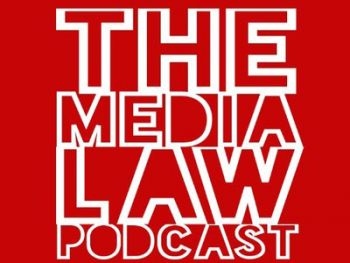 But perhaps because of the speed with which developments in this field occur, people find ourselves with only limited time to stop and think about the direction in which the law is heading, or to reflect on the significance of individual cases, judgements, and proposals for law reform.

Dr Bennett and Dr Wragg started the Media Law Podcast out of a desire to make some time for these important reflections, and in order to share the fruits of discussions about the law in this field with others.Future episodes will grapple with issues from across the spectrum of Media Law, including personal privacy, the impact of recent statutory reforms on defamation, and the “no-platforming” of purveyors of hate speech.