Professor of International Economic Law in the City Law School, Professor David Collins, has been appointed to the North American Free Trade Agreement (NAFTA) Roster of Arbitrators for Chapter 19 (Trade Remedies) by the Government of Canada.

Chapter 19 of NAFTA, the trilateral free-trade agreement between Canada, the US and Mexico, deals with complaints made by state parties regarding anti-dumping and countervailing duties imposed by other parties on goods crossing international borders. 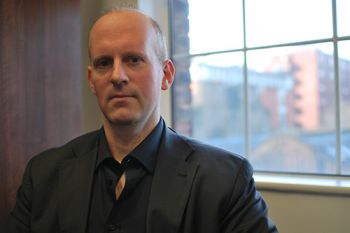 Such measures have featured prominently in the media recently in relation to duties levied by the US against Canadian aircraft manufacturer Bombardier, which impacted upon that company’s manufacturers in Northern Ireland.

Panels composed of arbitrators selected from the roster by the parties render binding judgments concerning the legality of these types of measures.

Each NAFTA member country appoints approximately 20 of its nationals to the roster on the basis of their expertise in international trade law.

Commenting on his appointment, which lasts for 10 years, Professor Collins said:

It’s a great honour to be recognized by the government of Canada for my work in international trade law. Chapter 19 of NAFTA has played an important role in preserving the trade relationship of NAFTA countries for many years and will hopefully continue in whatever form NAFTA takes in the future.

NAFTA, which came into force in 1994, covers one of the largest free trade areas in the world in terms of the GDP of its members, and is currently under negotiation, with discussions expected to continue for the rest of the year.