Dr Celia Woolf, Director of the Aphasia Research Clinic at City, University of London, has been nominated for the Stroke Association’s Professional Excellence award at this year's Life After Stroke Awards. 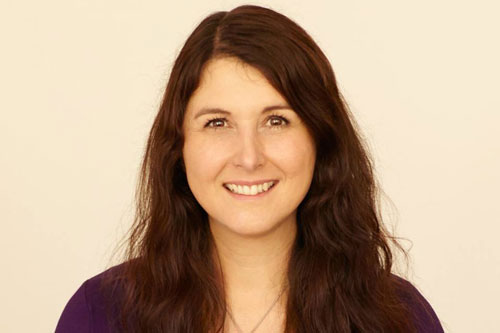 Recognising exceptional service in the provision of stroke care and prevention, Dr Woolf was personally nominated by a research participant’s wife as she is “changing the world of aphasia” through her use of technology to help stroke survivors communicate.

In a change from previous editions the vote is open to the public, and the winner will be publically announced at the Life After Stroke Award ceremony in London on 21st November 2018.

At City, Dr Woolf has managed a number of projects which have had a large impact of the lives of people with aphasia, a loss of language which often results following a stroke, with the nominator highlighting how "our life after my husband’s stroke wouldn’t be the diverse, fulfilling, enjoyable life it is today if we’d not met Celia".

Innovative initiatives have included the CommuniCATE project, which evaluated a range of technologies to deliver aphasia therapy and help people with aphasia to overcome reading and writing difficulties. Other studies have included the use of remote therapy over Skype and FaceTime, as well as the award-winning EVA Park project, which tested a virtual reality island for delivering therapy and support to people with aphasia.

Around one third of people who have a stroke will develop aphasia, or language difficulties. Impaired language can profoundly affect a person’s sense of identity, social relationships as well as mood.

“It is an honour to be nominated for a Professional Excellence award and it is also great that the exciting and groundbreaking work that we are carrying out at City to research new ways of using technology to support people with aphasia is being recognised. This research is already having an impact across the UK and internationally, including in Australia.”

You can vote for Dr Woolf here: https://strk.org.uk/2OqAEsN