Professor David Stupples, specialist in Cyberterrorism in the Department of Electrical & Electronic Engineering 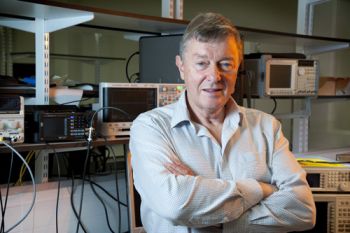 This is possible to a degree, but such controls can be easily circumvented by determined individuals. Iran and North Korea are examples of countries introducing these controls with some success; there has only been partial success in Iran.

It is debatable, however, whether this is effective in a free society.

As for persuading the tech companies to cooperate on “back door” encryption mechanisms for the security services, this is a non-starter.

The Government needs to identify the level of control that would be acceptable to the population as a whole and legislate a workable solution. Government ministers would be well advised to heed expert advice before making statements of intent that are not achievable.” 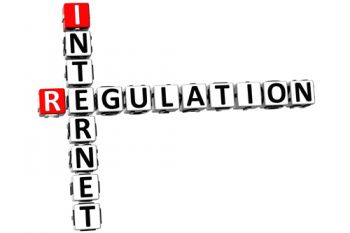 In the aftermath of the terrorist attack at London Bridge on 3rd June 2017, comes reflection on how we can respond.

The Prime Minister, Theresa May, has stated:

“We need to work with allied democratic governments to reach international agreements to regulate cyberspace to prevent the spread of extremist and terrorism planning.”

She is entirely correct to say that internet regulation would depend on international cooperation, but therein lies the rub.

Our allies in Europe and the United States have fundamentally different philosophy regarding censorship and freedom of expression.

The First Amendment to the United States Constitution enshrines the freedom of speech, which is fundamentally incompatible with the type of regulation that would be required to silence extremist groups such as Daesh (so-called Islamic State).

The second objection is one of definition.  How do you define extremism without going down the route of totalitarian states who label any opposition as “terrorist” or “extremist”?  Is it desirable to silence debate and alternative views, no matter how repugnant?

In the UK there are laws of incitement which might be more actively applied to material that encourages murderous acts, rather than discouraging any discussion of difficult and seemingly intractable issues.

The third objection centres around policing the resulting regulations.

Making it a requirement for social media providers to self-regulate is unlikely to yield results. Who will be appointed to monitor their compliance?  In the case of terrorist materials, how do you make a distinction between a discussion and promotion of an ideology?

The final objection is that even if regulations could be agreed and implemented, would they be effective?

The experience of the UK government in the 1970s and 1980s, which effectively banned IRA spokespersons from utilising broadcast media, led to the absurdity of dubbed voices, the alienation of Nationalists in Northern Ireland, and increased opportunities for IRA fundraising and publicity in the United States.

The fake news activity during the 2016 US presidential elections has taught us that social network providers respond with alacrity to any threats to their income stream.  So rather than waving a crude legislative stick that would have unintended consequences, the government should show some leadership.  It could do so by withdrawing its advertising custom from social network providers who inadvertently support terrorism.  Customer pressure on major digital advertisers would also concentrate minds.

That said, the threat of regulation (rather than regulation itself) is still a powerful tool that can be used to influence the behaviour of social media providers.

The First Amendment of the United States Constitution protects the right to freedom of religion and freedom of expression from government interference. Freedom of expression consists of the rights to freedom of speech, press, assembly and to petition the government for a redress of grievances, and the implied rights of association and belief. The Supreme Court interprets the extent of the protection afforded to these rights. The First Amendment has been interpreted by the Court as applying to the entire federal government even though it is only expressly applicable to Congress. Furthermore, the Court has interpreted, the due process clause of the Fourteenth Amendment as protecting the rights in the First Amendment from interference by state governments.