Academics and students from a broad range of disciplines came together to discuss topics such as forecasting cancer evolution, game theory and cooperation, and hosts, parasites and pests.
First published Monday, 24th July, 2017 • by John Stevenson (Senior Communications Officer) 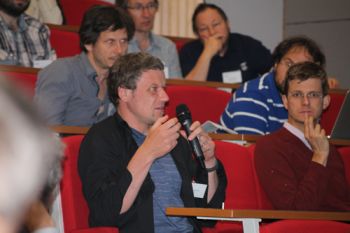 The School of Mathematics, Computer Science & Engineering hosted a conference titled ‘Mathematical Models in Ecology and Evolution' from 10th to 12th July 2017. 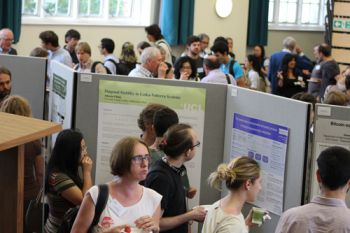 The conference brought together over 200 participants from a broad range of disciplines and demonstrated the increasing importance of mathematical modelling in ecology and evolution. The event also showcased the role of this kind of modelling to a new generation of researchers.

Among the conference highlights was a public lecture delivered by Professor Iain Couzin of the University of Konstanz and the Max Planck Institute for Ornithology.

“Our conference last week brought together over 200 academics and students from a variety of disciplines, including Mathematics and Statistics, Biology, Computer Science and associated interdisciplinary areas. The comments we received from participants were very positive. One of the many highlights of the conference was the public lecture by Professor Iain Couzin on collective sensing and decision-making in animal groups. We are grateful for the support of the London Mathematical Society and the European Society for Mathematical and Theoretical Biology (ESMTB), as well as the Department of Mathematics here at City. We look forward to joining our colleagues at the next Mathematical Models in Ecology and Evolution conference to be held in 2019.” 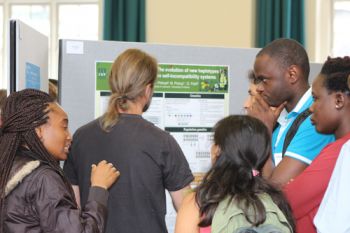 The London Mathematical Society (LMS) is the UK’s learned society for mathematics. Its purpose is the advancement, dissemination and promotion of mathematical knowledge, both nationally and internationally.