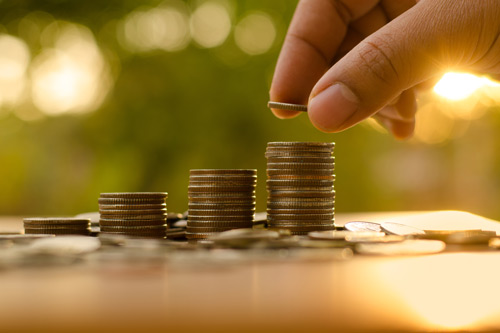 Researchers have calculated a new benchmark for compensation pay-outs that are awarded to victims of violent crime.

Using data from Australia, the study found that victims of violent crime require an average award of AU$88,000 (around £53,000) to compensate for tangible and intangible costs of crime.

The team – from City, University of London (UK) and Monash University (Australia) – produced estimates of the amount of money that is needed to help people return to their former levels of life satisfaction.

Writing in The Economic Journal, they argue there are difficulties with the current ways that compensation figures are decided upon by judges, tribunals and juries around the world, who are being asked to make very hard calculations about the intangible costs of violent crime.

The researchers suggest that their methodology can be applied to other countries besides Australia. They say compensation figures may be similar in nations such as the UK that have similar institutional environments. However, they argue specific figures for other countries would depend on various other factors.

Offsetting the costs of crime

Researcher Dr Agne Suziedelyte, of the Department of Economics at City, University of London, said: “The costs of violent crime victimisation are often left to a tribunal, judge or jury to determine, which can lead to considerable subjectivity and variation. Some people get too much, while others don’t get enough.

“This research provides a benchmark for the compensation that victims need to offset the costs of crime. These include direct costs, such as loss of income, as well as invisible effects, like reduced mental wellbeing, negative impacts on relationships and feelings of personal safety.

“Judges and juries can use this benchmark to pivot around, with larger or smaller amounts awarded depending on the nature and severity of cases. Our method can also be used to set maximum limits for pay-outs.”

The primary data source for the study was the Household, Income and Labour Dynamics in Australia (HILDA) survey, which provided a sample of 18,534 people who were questioned on a range of issues over an 11-year period (2002-2012).

To calculate compensation estimates, the researchers looked at three key measures: whether respondents reported being victims of crime, their reported life satisfaction and their reported positive income shocks, such as winning the lottery.

The researchers found 1.5 per cent of HILDA respondents reported being the victim of physical violence in the past 12 months and it was found that being a victim of crime had negative effects on various aspects of wellbeing.

According to the HILDA survey data, victimisation decreases life satisfaction substantially, more so for females than males.

By looking at the impact of a “large positive income shock” on life satisfaction, it was found that financial gain was on average followed by better reported wellbeing. This supports the premise that compensation can help people return to their pre-victimization levels of wellbeing.

“In other words, women are more adversely affected by being a victim of physical violence and are less positively affected by receiving a large monetary windfall.”

It was found that the aspects of life most affected by crime for women were relationships with partners, safety, and home. For men, safety was also affected as was satisfaction with neighbourhood, but satisfaction with home was not. A likely explanation for these gender differences is that a significant proportion of victimisation experienced by women is domestic violence.

The paper, Victimisation, Wellbeing and Compensation: Using Panel Data to Estimate the Costs of Violent Crime, was published online by The Economic Journal