Since 2012 the EU has been making preparations for the biggest change to the European patent system since the early 1970s. The most important reform is the setting up of a new Unified Patent Court (UPC), common to participating EU member states. So far, 25 out of the 28 EU member states have agreed to join the UPC, with Spain, Poland and Croatia the only ones not participating. The UK is firmly on board, and is making plans to host one of the court's central divisions in Aldgate, east London, where a building has already been leased to host the court.

Yet, if the UK votes to leave in the upcoming referendum, it will throw the UK's participation into doubt.

This begs the question - what exactly is the UPC, and why is it so important right now, with the Brexit referendum looming on 23 June?

The Unified Patent Court is a new EU court that will have jurisdiction to hear patent disputes and to issue remedies to litigants binding within 25 EU member states - covering almost the entire single market. This is a huge change from the present system, which centres on national litigation in e.g. the UK, Germany, France, etc. A big problem with the current patent litigation system is that all of the national jurisdictions have the right to make their own decisions in patent disputes - so a patent found valid in one state might be found invalid in another. This inconsistency of decision-making creates problems of legal uncertainty - and it also interferes with competition within the EU, as goods may be legally marketed in one state, yet be found to infringe a competitor's patent in another.

Although the new UPC system will feature a 7-year transition period, during which national courts will continue to have jurisdiction over many patents, the ultimate aim is to unify the European patent system as much as possible and to make patent enforcement more straightforward and efficient.

This could be good news for British inventors and businesses, especially for the UK's burgeoning life sciences industry. Indeed, the proposed London UPC central division would have a technological speciality in the areas of Pharmaceuticals and Chemicals, highly relevant to the life sciences sector. In addition to giving a boost to the science and technology sectors, the new UPC could bring more legal disputes to London, and perhaps even create a new market for legal services in the area of patents. However, due to the Court of Justice of the EU's Opinion 1/09, only EU member states may participate in the new system - so if the UK votes to leave, it's hard to see how it could continue to participate in the court. 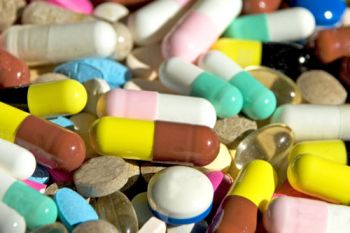 What would the consequences be for the IP industry if Britain leaves the EU?

If the UK leaves the EU, there's little doubt that it would have a big impact on British intellectual property (IP) interests, as it is not only patents that are increasingly regulated by the EU - much of the laws of copyright (crucial to the music, literature and film industries) and trade marks (crucial to brands of all types) come within the scope of EU law as well.

Although it is worth stating that the intellectual property/legal industry in the UK is strong and may continue to be so regardless of whether the UK leaves the EU, there's little doubt that things would certainly change in the event of Brexit - and probably not for the better. In the area of patents, rather than being part of a new Unified Patent Court, the UK would continue to enforce patents within its national territory only. Similarly, the EU trademarks regime would presumably cease to apply in the UK, which would be problematic for businesses and difficult to deal with for lawyers.

In terms of foreign investment in the UK, on one hand it seems plausible that many businesses utilizing the IP system would prefer to be based within the world’s biggest market – the EU – so naturally they may look at moving to a nearby territory e.g. Amsterdam, Dublin or Paris. On the other hand, the UK will still be seen as a large market even if not connected to the EU, so the number of businesses leaving might be smaller than feared.

But the risk of a negative impact is there, and it is not speculative - it is very real.

Note: The views expressed in this post are those of the author and not of City University London.