Uruguay recently won a landmark case against the tobacco firm Philip Morris International. The company sued the Latin American state after it introduced two measures affecting tobacco packaging: that graphic health warnings cover 80% of cigarette packets, and that tobacco companies adopt a single presentation for their brands – dropping “gold” or “blue” descriptions for example – that could lead smokers to believe one variant was safer than another.

In its lawsuit at the World Bank’s International Centre for Settlement of Investment Disputes, the Swiss-based tobacco company complained that the Uruguayan tobacco control measures violated a bilateral investment treaty between Uruguay and Switzerland protecting its brands. It meant that the company was obliged to withdraw seven of its 12 brands from the Uruguayan market including Marlboro Red, Marlboro Blue and Marlboro Gold.

The effects of this decision – the first time a tobacco company has brought a national government to an international court – might soon be felt beyond Uruguay. It may make it more difficult for tobacco companies to use lawsuits to produce a “chilling effect” and so discourage countries from introducing tobacco control policies.

Limiting the use of brands

Measures that restrict the ability of tobacco companies to use their eye-catching brands and other fancy elements of cigarette packs are increasingly being adopted. The EU, for example, recently made it mandatory to have health warnings that cover at least 65% of cigarette packs. Similar, or even larger, health warnings are now required by several other countries, including Turkey, Canada, Thailand, Pakistan and India.

Some countries have even gone beyond large health warnings and passed laws which force tobacco firms to adopt standardised packaging. This means logos and colourful elements are removed from packs, except for the brand name, which is displayed in a standard font.

First Australia, and more recently, Ireland, the UK and France have taken this step. The aim is to make cigarette boxes unappealing – especially to young people – and provide meaningful information about the adverse effects of smoking.

The legal challenge to Australia

Plain packaging is currently under scrutiny, though. The Australian measure is being challenged at a World Trade Organisation tribunal by Cuba, Dominican Republic, Indonesia and Honduras – countries whose economies rely on the tobacco industry. These countries, encouraged by the tobacco industry, complain that standardised packaging prevents tobacco companies from communicating their brand to customers and unduly encroaches on their trademark rights, which in turn damages these states that strongly rely on tobacco growing. 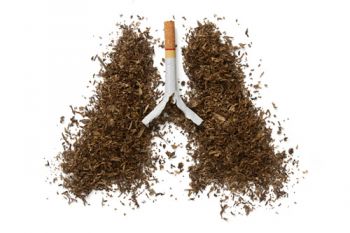 A decision is expected in early 2017. Tobacco majors may be in for a disappointment as Australia appears to have strong grounds to win the dispute.

As brands on cigarette packs aim to promote a product that is scientifically proven to be harmful, it is understandable that governments would want to restrict their use. These measures do not prejudice the main function of trademarks, which is to distinguish the products of a company from those of competitors. They still allow some aspects of the brand to be displayed on the pack. For example, the measure that requires that health warnings cover large parts of the packs, permits brands to be displayed on the remaining (smaller) part.

No effect on purchasing decisions

The same goes for the more drastic standardised packaging requirement, which allows the brand name to be displayed on the pack (although in a standard font), so that consumers are still able to make their choices. Anyway, cigarettes' packaging (with or without visible, or less visible, brands) has basically no effect on consumers' purchase decisions in countries such as the UK and Ireland where tobacco products cannot be displayed at the point of sale (so-called “display ban”). The only indication of the tobacconist’s stock at the retail point is a list of the available brands and their price. Smokers don’t need to see the packaging when making their choice.

The introduction of plain packaging has not changed the way smokers choose their preferred cigarette pack. What it has done is ban the promotional use of fancy and colourful elements of tobacco brands outside the course of trade (that is, on the packaging which can be shown in public after the sale, for example at the pub, restaurants and other social settings). In particular, the aim is to prevent non-smokers from being exposed to eye-catching packs which could sway them to try the product.

So, whatever Big Tobacco may think, public health policies pursued by democratically-elected governments should not be overturned by the industry’s trademark-based lawsuits, which seem predominantly aimed at scaring policymakers focused on protecting citizens' health.

Bilateral investment treaties (or, BITs) are international agreements establishing the terms and conditions for private investment by nationals and companies of one state in another state.