Hats off to the Student Speakers

During the week of graduation ceremonies in January, six students from across the University’s five Schools delivered speeches to the attending students and their guests. They were selected by academics in their School of study for being outstanding students and invited to share their experiences of City. 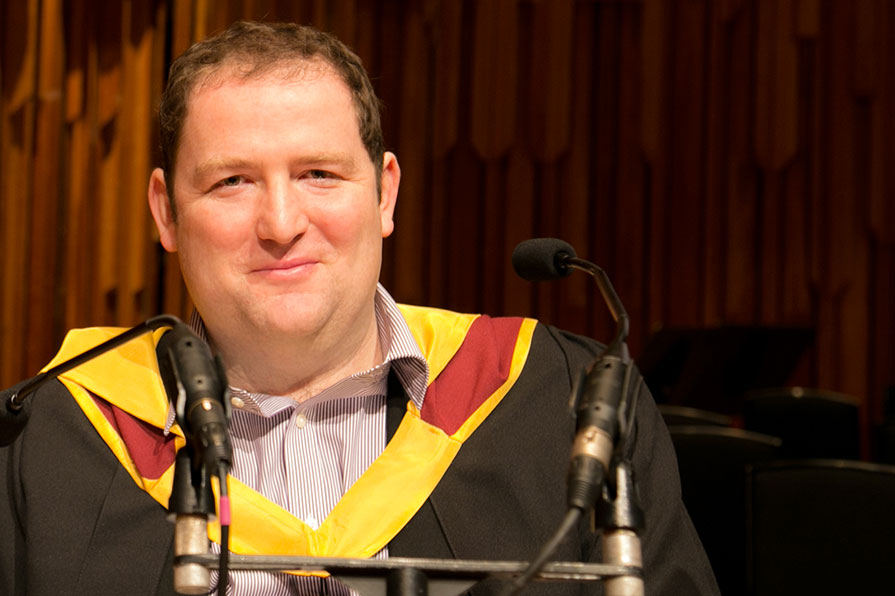 In the midst of studying for his degree, Chris managed to juggle moving house, getting married and having a baby. In his speech, Chris said he owed this to the help and support he received from the University. “It was quite a challenge, I was originally doing a two year programme, got half way through my second year, then realised I was going to have to do an exam on the day my daughter was due to be born -that’s when I decided to defer for a year. One thing that was fantastic was that Cass and City were incredibly flexible, and because of the different needs that I have, made sure I was able to carry on.”

During his speech, Chris mentions the difficult climate charities are currently facing. “It’s been a tough year for charities, but in a time of austerity, we rely on their services. There’s an enormous need for the work that they do. Charities need new people to take up exciting and different viewpoints and the courses at Cass Centre for Charity Effectiveness will play a part of providing that.

I know that the people I studied with at Cass are all going to go on to do great things in the sector. 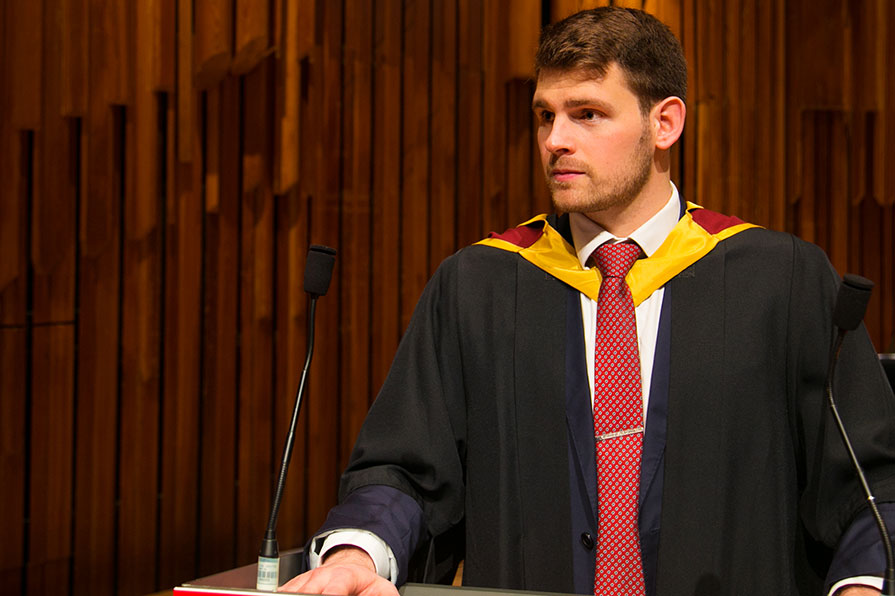 Christian is now employed as a Project Management Graduate at Rolls-Royce, working on the production of engines for passenger jets. In his speech, Christian said he was “incredibly grateful for the opportunity to study at such a reputable business school.”

The Cass brand is very well known and I knew that it would do a lot for my career. That great brand and everything that goes into educating us has really helped me so far in my career and will go on helping me in the future.

Christian also said that Cass helped him to build “emotional intelligence” which he believes is essential in business.

“The way we interact with other people and being able to understand them is really important. Studying at Cass has challenged everything we thought we knew about interaction and has forced us to develop our skills.” 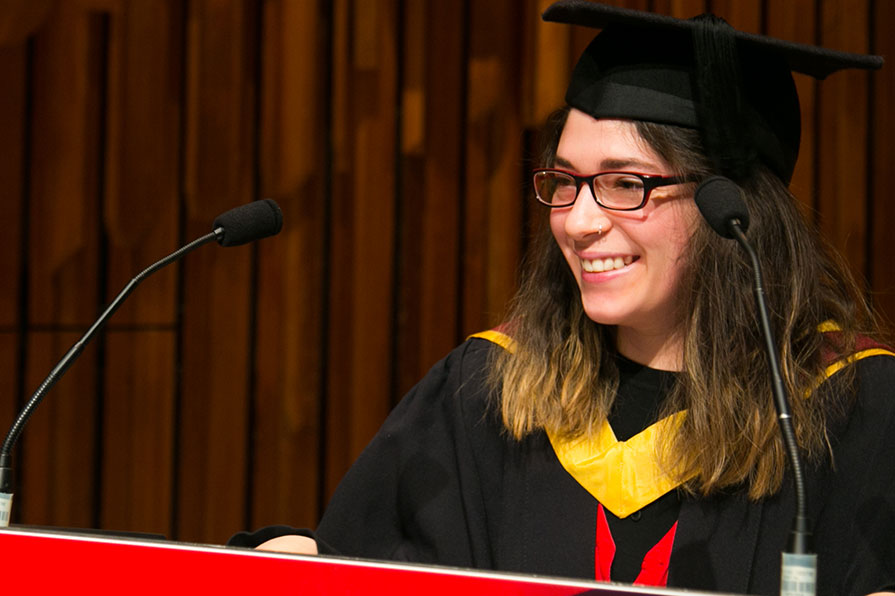 Ella has worked for numerous charitable and human rights organisations such as Reprieve which campaigns against torture, lethal and illegal drone strikes and the death penalty. Motivated by a need to make a positive difference in the world, Ella wrote the best dissertation on her course, on mothers of the disappeared in London and Buenos Aires.

During the course, I learnt a lot about human rights issues from across the world, and theory that can help us understand what’s going on with the wars and the refugee crisis. It gave me the tools to be able to think about it critically and to understand how our governments are dealing with it.

Education, Ella believes, changes you as a person, enabling you to make a difference. “If you are lucky enough to have a good education, the skills you learn can help you change the world around you.”

"I had some fantastic lecturers so it’s difficult to pick a particular one that inspired me. But Dr Joseph Hoover, my Human Rights lecturer was fantastic, not only in his area of expertise, but he was really kind, really conversational and always made me feel supported. He also gave me lots of great books to read.” 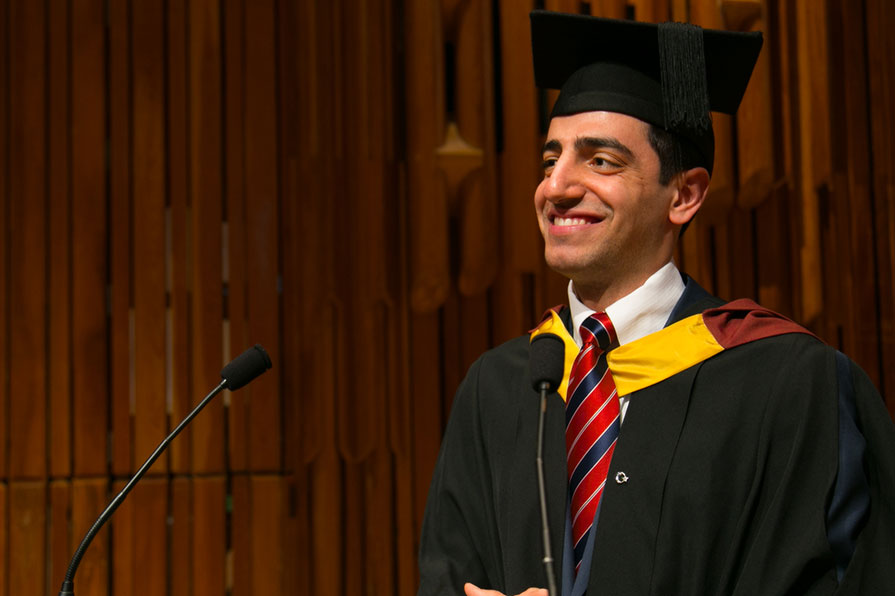 Volkan studied for his LLB at City, going on to further study with the PG Diploma he has just completed. Volkan now works for a firm specialising in Construction Law.

In his speech, Volkan thanked those who had supported him through his course. “My mother left behind her life in a small town in Turkey because she believed me, my brother and sisters future would be more prosperous and promising with an upbringing abroad. She really inspired me to go to university and to get an education and always worked hard to make sure her children could have an education. For that reason it was really special to be able to celebrate my graduation with her.”

While studying at City, Volkan said he learned that a willingness to work hard means you can succeed regardless of your background.

This is the spirit of City, we all come from different backgrounds and yet we are all brought together by a common understanding of fairness and equality. 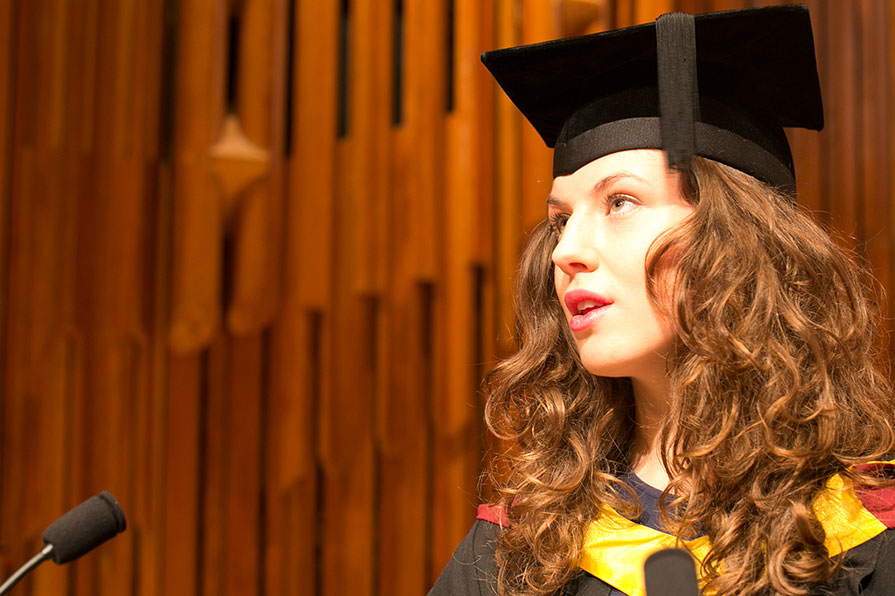 Grace graduated with a first class degree in midwifery. As the course is 60 per cent practical, she gained a real first-hand experience of what it’s like to work for the NHS as a midwife. “Delivering my first baby as a student was overwhelming, and I didn’t have a lot of time to think about it. The first baby I delivered as a qualified midwife however was amazing and gave me a real sense of achievement.”

In her speech, Grace thanked the other students on the course for their support:

During my time at City I was lucky enough to get to know a group of passionate, intelligent, feisty and funny women. They made the three years so much more doable and I'm not sure I would've completed the training without such a fantastic support network.

Talking of the future, Grace said the cohort of recently qualified midwifes should feel proud to be starting a career in the NHS. “All the students graduating will know that it is not an easy time to be beginning a career in the NHS. However, we should be proud of ourselves for committing to a system, which, although far from perfect, operates on principles of compassion, respect and the belief that everyone deserves equal treatment.” 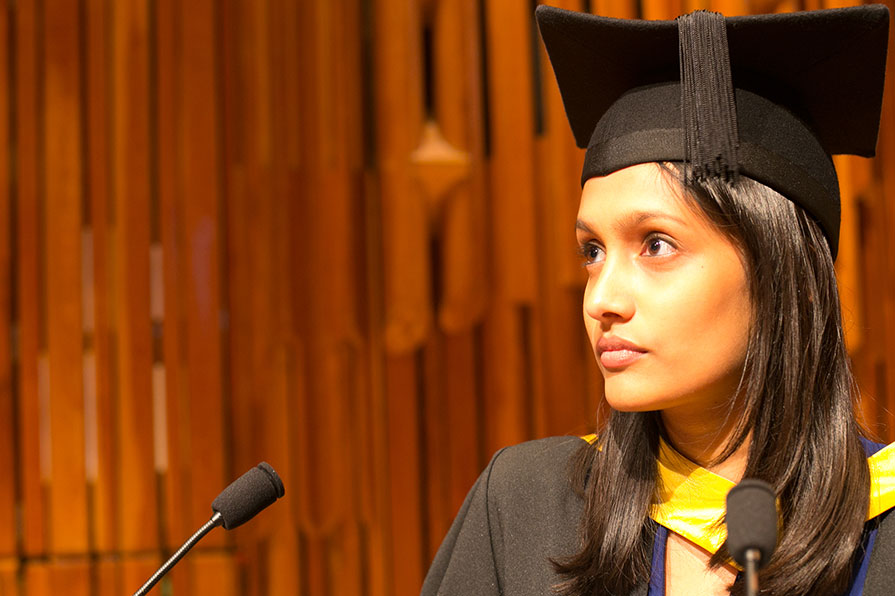 Tanya described her time at City as “the most transformational year” during her speech to the other students and guests. “My course has really helped me to build my self-confidence. I became the course representative which also helped me to develop my ability to talk to other people that I didn’t know.”

After graduation, Tanya is pleased to be staying in London. “I am lucky enough to have been offered a job in London, so I’ll be starting that soon. My favourite thing about studying in London is all the great people you meet from all across the world. I feel really privileged to have had the chance to live and study here.”