A research infrastructure based at City

University London is to co-ordinate a major new social science project that is being funded by an €8.4 million European Commission grant.

The European Social Survey (ESS) will lead a collaboration of the three leading European social research bodies for the initiative, called Synergies for Europe’s Research Infrastructures in the Social Sciences (SERISS).

The main aim of the four-year project is to offer governments a stronger body of evidence on Europeans’ attitudes, experiences and behaviour by strengthening co-operation between research infrastructures and improving methods of data collection and curation.

It is hoped this enhanced evidence base can ultimately help national and European policy makers to address some of the key challenges facing societies today.

SERISS will see a collaboration between the ESS, the Survey of Health, Ageing and Retirement in Europe (SHARE), based in Germany, and the Consortium of European Social Science Data Archives (CESSDA), based in Norway.

Organisations representing the Generations and Gender Programme (GGP), European Values Study (EVS) and the WageIndicator Survey will also be 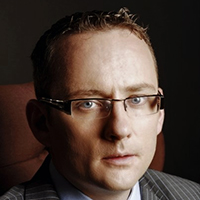 Rory Fitzgerald, Director of the ESS and Co-ordinator of SERISS, said: "This grant provides a significant boost for European social science. It creates a critical opportunity for leading infrastructures to ensure that they are fit for purpose and can provide evidence for academics and policy makers alike when addressing grand societal challenges.

“Whether it is an ageing society, climate change, fertility, migration or the future of democracy, the social sciences are critically important in illuminating those issues. By facilitating more effective harmonisation and innovation between social scientists, SERISS will help to ensure they can effectively play their part in those debates.”

Over the next four years, the ESS and its partners will:

The ESS, hosted by the Centre for Comparative Social Surveys at City, has been carried out every two years since 2001 and gathers data on public attitudes, behaviour and experiences in more than 20 countries in each round. In 2013, it was awarded European Research Infrastructure Consortium (ERIC) status by the European Commission. 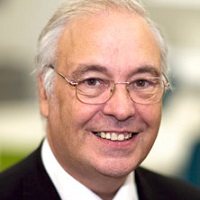 City, said: “Providing the European policy makers with a solid base of the highest-quality socio-economic evidence is key to addressing important societal challenges facing Europe today.

“Together with the European Social Survey ERIC, I am therefore very pleased that we will also be hosting this important project at City University London.”

The SERISS project will be supported by representatives from a range of international social science research projects, who will form a board of strategic advice and ensure that the project’s findings are relevant to and disseminated across the social science community. These include the World Values Survey, International Social Survey Programme and the Inter-university Consortium for Political and Social Research in the USA.

SERISS was launched today (Monday 21st September, 2015) at a meeting involving the key partners of the project. It is part of the European Commission’s Horizon 2020 programme, which is investing €80 billion in research between 2014 and 2020.

To find out more about the ESS, visit www.europeansocialsurvey.org.