A City researcher on a quest for cleaner energy 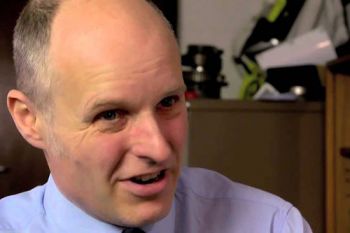 Professor of Energy Engineering, Professor Keith Pullen, is developing a unique flywheel - a rotating mechanical device used for storing rotational energy - weighing 12kg of rotor mass.  His device can store the braking energy of a large car operating typically within a 30km radius in a city such as London. 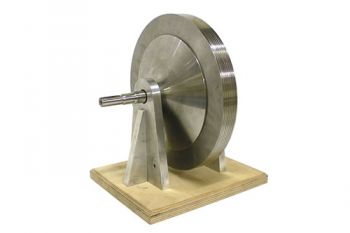 Professor Pullen holds over 20 patents and possesses a wide range of experience as a consultant in the engineering industry, having worked with Rolls Royce, Honeywell Turbochargers, Mercedes Benz High performance Powertrains, Red Bull Racing F1, GKN and DERA, among others. He has recently joined the prestigious SUPERGEN Energy Storage Hub, a £4m collaboration between academics and industry across the UK that sets the direction and development of research and technologies in energy storage on behalf of the Research Councils UK Energy Programme (RCUK). He says “the energy stored in the flywheel can then be recycled to accelerate the car and avoid running the vehicle’s engine under high loads and avoids problems with turbo lag. It eliminates the time the engine is creating enough exhaust pressure to spin the turbo and pump compressed air into the engine when it is in a low-road cruising and low-rpm situation.”

Professor Pullen notes that in deploying his flywheel prototype, the vehicle’s engine can be turned off, like the Toyota Prius. Unlike the Prius however, “the engine will not need to come on when accelerating at a medium to high rate or if the car reaches higher speeds.”

The flywheel works alongside a smaller battery to provide power in the same way as if the engine was already switched on. This permits hybrid vehicles with smaller batteries to drive through future zero-emissions zones with their engines switched off:

“If the lights suddenly go green and one needs to ‘boot it’ to keep up with the traffic, the car will perform like a car not and not like an electric milk float.”

German vehicle manufacturer Volkswagen (VW) has recently admitted cheating emissions tests in America. It made its cars appear far less polluting than they actually are. The US Environmental Protection Agency (EPA) discovered that 482,000 VW diesel cars on American roads were emitting up to 40 times more toxic fumes than permitted. The company has also revealed that that its deceit affects 11m cars across the world. Professor Pullen is of the view that there is a discrepancy between the claims of automobile manufacturers and scientific evidence about the proliferation of harmful vehicle emissions. He adds that in addition to the recent VW scandal, there has been a legal loophole for many years in which the official NEDC test cycle is substantially at variance with ‘real world’ driving and yields unrealistically low emissions. In his opinion, the test avoids high accelerations, for instance, which are the very instances in which the most harmful and toxic pollutants are emitted due to high engine temperatures and turbo lag.

“Engineers employed by automobile OEMs say modern diesel engines emit substantially lower levels of harmful nitrous oxides, particulates and other harmful emissions than earlier diesel engine models, yet a study commissioned by the Greater London Authority has proven that close to 10,000 people have died in our capital every year as a result of long-term exposure to air pollution.”

Particulate matter is the term for solid or liquid particles found in the air. Some particles are large or dark enough to be seen as soot or smoke. Others are so small they can be detected only with an electron microscope. Because particles originate from a variety of mobile and stationary sources (diesel trucks, woodstoves, power plants, etc.), their chemical and physical compositions vary widely. Particulate matter can be directly emitted or can be formed in the atmosphere when gaseous pollutants such as SO2 and NOx react to form fine particles.