The Department of Journalism is delighted to announce that Dr Zahera Harb, a Reader within the Department, is among two new Board Members appointed today by the Press Recognition Panel (PRP).

They were appointed by the PRP’s existing Board members, in line with the Royal Charter. This process is one of the mechanisms that ensure the PRP’s independence.

Dr Harb is the International Journalism Cluster lead in the Department of Journalism at City, University of London. She is a writer and researcher, with a passion for journalism ethics. She is associate editor of the Journalism Practice journal and co-editor of the Middle East Journal of Culture and Communication, as well as a board member and trustee of the Dart Centre Europe for Journalism and Trauma, and a mentor and steering group member of the Marie Colvin Journalists’ Network.

Suzanne is an independent barrister at Serle Court Chambers with over two decades of experience of regulatory law, competition law, and EU law. She is Professor of Commercial Law and holds the Practice Chair at Brunel University, a law lecturer at Oxford University, and a Visiting Professor at Imperial College, London. Suzanne is also an expert panel member of the UK Regulators Network, a Council member of the Oxford-based Regulatory Policy Institute, and a board member of the Legal Aid Agency.

Being on the Board of the PRP is a huge responsibility. I am honoured to be working with other esteemed members serving and protecting the public through recognising and assessing press self-regulation systems aiming to maintain high ethical journalism standards and efficient complaint processes.

“The Board and I are pleased to announce Suzanne and Zahera’s appointments. Their professional backgrounds and experience will ensure the PRP continues its role in protecting the public while upholding the freedom of the press. I look forward to working with them on important issues, including ensuring protections for the public and journalists and upholding freedom of speech.”

“I am delighted to be joining the Press Recognition Panel, which has already established that it has an important role to play in independent regulation of the press. I believe that 2022 and beyond represents a pivotal juncture for the PRP to further enhance its work, where national and global communications markets are converging and where responsible journalism has a valuable role to play in society.”

About the Press Recognition Panel

The PRP is the body created by a Royal Charter following the Leveson Inquiry into the culture, practices, and ethics of the press in the light of criminal activity by some news publishers, including phone hacking. Its role is to independently oversee the regulation of the press and news publishers operating in print and/or online.

The PRP assesses regulators to ensure they are independent, properly funded, and able to protect the public. This includes assessing their complaints procedures and standards codes against basic minimum requirements drawn up based on the Leveson Report recommendations.

For more information about the PRP and press regulation in the UK, see the PRP’s latest annual report on the recognition system. 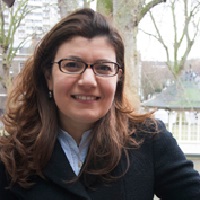 She is a writer and researcher, and journalism ethics is one of her passionate subjects of study. Her publications include an edited collection titled Reporting the Middle East: The Practice of News in the 21st Century (IB Tauris 2017). She is associate editor of the internationally renowned academic journal Journalism Practice and co-editor of the Middle East Journal of Culture and Communication.

She has sat on a number of journalism and media awards juries in the UK over the years, including the British Journalism Awards and Royal Television Society (RTS) Journalism Awards. Before moving to the UK, she was a journalist in her native country Lebanon, where she worked for local and international news organisations.

Professor Suzanne Rab is an independent barrister at Serle Court Chambers. Suzanne has over two decades of wide experience of regulatory law, competition law, and EU law. Suzanne’s practice has a particular focus on the interface between innovation, trade, and economic regulation. She acts in disputes involving governments, regulators and businesses across the regulated sectors, including in the financial services, energy/environmental, healthcare/ pharmaceuticals, infrastructure, TMT, and natural resources sectors.

Suzanne has advised on a considerable range of regulatory issues in the converging communications and media sectors, including in matters relating to telecoms, online distribution, pay TV, newspapers, sports rights, and licensing of copyright.

In private practice as a solicitor prior to joining the bar, she has held positions at leading international regulation and trade practices. She has also held the role of director at PricewaterhouseCoopers working within its strategy, economics, and regulatory teams.

Suzanne maintains an active academic practice concurrently with her barrister practice. She is Professor of Commercial Law and holds the Practice Chair at Brunel University, a law lecturer at Oxford University, and a Visiting Professor at Imperial College, London (IPR and competition). Suzanne has published extensively on international regulatory topics.