The UNESCO Chair of Mechatronics at Bogazici University is hosted by the City Chapter of the Institute of Electrical and Electronics Engineers UK (IEEE).

On 21st April, Professor Okyay Kaynak, UNESCO Chair of Mechatronics at Bogazici University, Istanbul, gave an informative lecture on the topic of Digital Transformation. The lecture, held in C309 (Tait Building) was hosted by the City Chapter of the Institute of Electrical and Electronics Engineers UK (IEEE). 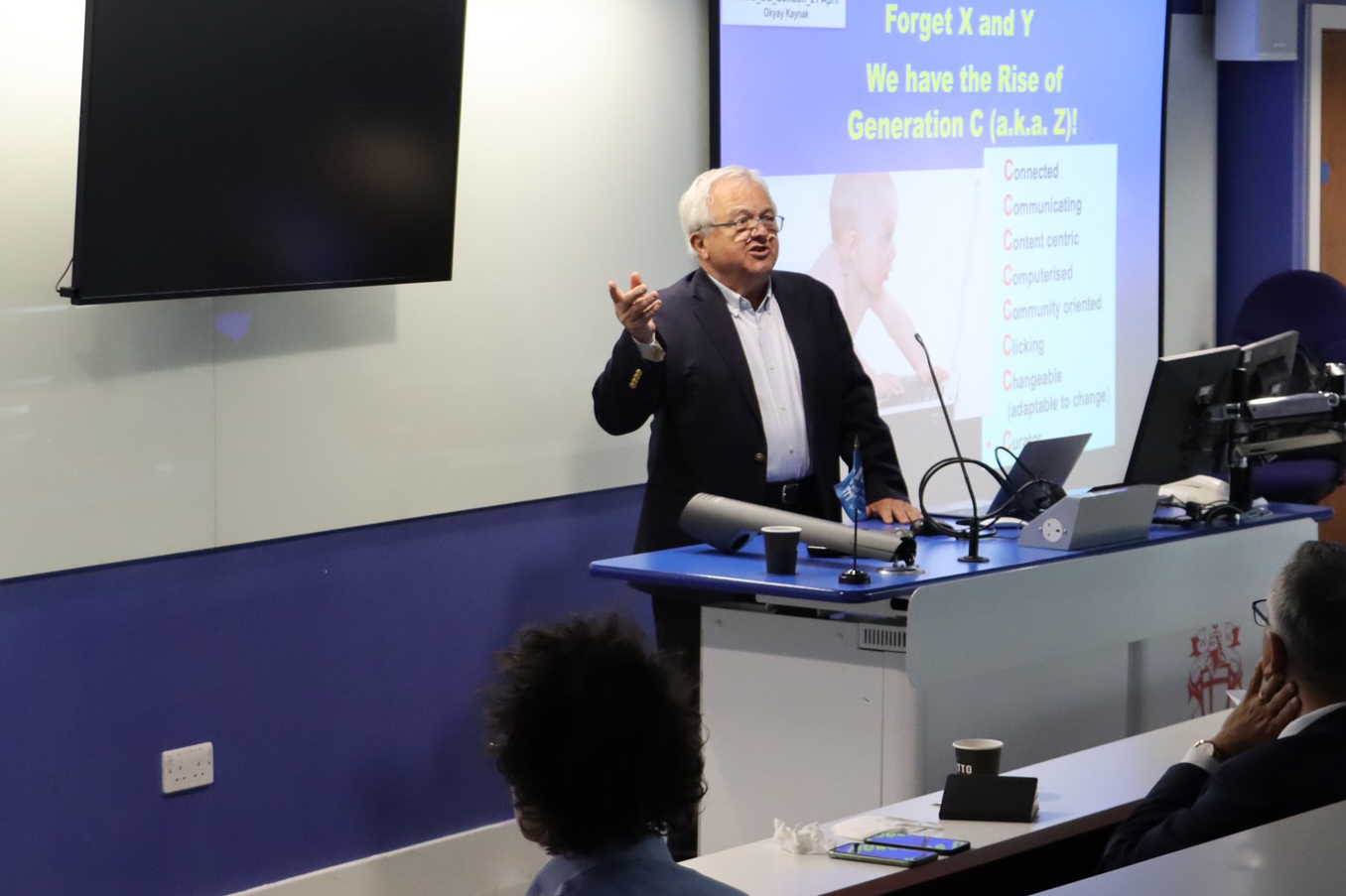 Professor Kaynak said these developments have been taken further, especially in Germany, under the label ‘Industry 4.0’ which has recently evolved into ‘Industry 5.0’. He spoke about engineered systems or Cyber Physical Systems, built from and dependent on the seamless integration of computational algorithms and physical components and the integration of the virtual world with the physical world through the Internet of Things (IoT).

Professor Kaynak’s lecture addressed the radical paradigm shift from 'connected things' to 'connected intelligence.' He then concentrated on a brief history of engineering education, emphasising the need for skills to prevail over degrees to deal with challenges posed by the trends of the fifth industrial revolution.

Engineering student and co-organiser of the lecture, Thiban Jeyaratnam, said:

Hosting Professor Kaynak was a huge and successful step for our IEEE student branch, as it has enhanced our engagement with the larger IEEE community and has definitely taken our members closer to the real work environment. I would like to thank Professor Sanowar Khan and our School Dean, Professor Rajkumar Roy, for their valuable assistance in realising this achievement.

Professor Kaynak received his BSc degree with First Class Honours and a Ph.D. degree in Electronic and Electrical Engineering from the University of Birmingham 1969 and 1972, respectively. From 1972 to 1979, he held various positions within industry.

In 1979, he joined Bogazici University, Istanbul, Turkey, where he is currently a Professor Emeritus, holding the UNESCO Chair of Mechatronics.

He has held long-term (near to or more than a year) Visiting Professor/Scholar positions at various institutions in Japan, Germany, U.S., Singapore, and China.

His current research interests are in the broad field of intelligent systems. He has authored three books, edited five and authored or co-authored more than 450 papers that have appeared in various journals and conference proceedings.

He presently serves as the Editor in Chief of the Springer Journal ‘Discover Artificial Intelligence’.

Professor Kaynak received the Chinese Government’s Friendship Award and Humboldt Research Prize in 2016. In 2020, he was awarded the Academy Prize of the Turkish Academy of Sciences.