Talented BMus student Thomas Boulousis, from Greece, specialises in both violin and piano and is already a composer of solo, chamber, symphonic and film music works.

Ludwig van Beethoven famously began composing prior to his 12th birthday. Having recently turned 16, first-year Music student Thomas Boulousis is not far behind his German counterpart.

Thomas [pictured], from Greece, is a violinist, pianist and already a composer of solo, chamber, symphonic and film music works. 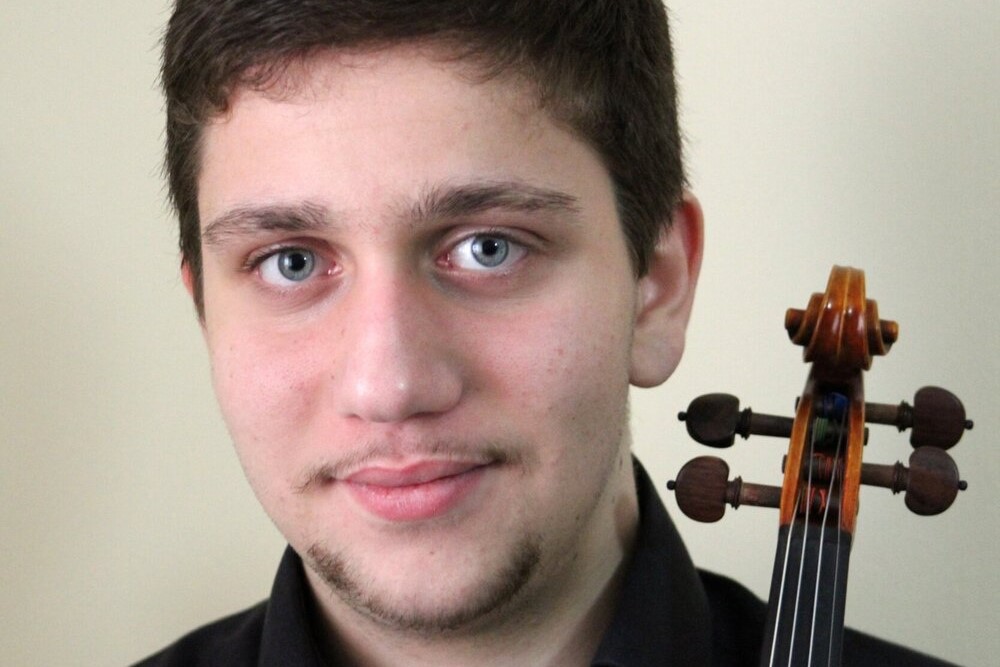 His piece, 'Spring', was recently performed by the Megaro Youth Symphony Orchestra (MOYSA) for a short film that featured as part of Thessaloniki's International Film Festival.

Despite his young age (he was 15 at the time), Thomas was accepted by City’s Department of Music to study for a BMus degree with a performance scholarship.

Over the last five years he has been a member of MOYSA in Thessaloniki. He has also taken part in summer academies in Austria, Bulgaria and the UK, where he had lessons with internationally renowned tutors and performed at prestigious venues.

Asked why he decided to go to university at such a young age, Thomas said: “I was born into a family of musicians, so music played a very important role in my life from the very beginning.”

“I started taking violin lessons when I was three years old, and piano lessons soon after that.

“My parents both studied music in London, and really admire the level of music study in the UK.

“From a very early age I have been taking British-graded music exams and I currently hold all the Grades and Diplomas in Music Theory, a Diploma in Music Composition, a Grade 8 in Violin and a Grade 7 in Piano.”

However, musical excellence was only part of the process for Thomas to achieve a university admission while still so young.

“From very young, I also showed a special interest in maths and sciences, and was successful in several maths, science and logic competitions.

“I then followed an accelerated ‘distinguished achievement programme’ and graduated with a US high school diploma at the age of 15. So, I decided that the logical next step for me was to apply for university-level studies, regardless of my age.”

So, why did he choose City’s Department of Music out of all the available options?

“City was my first choice from the very beginning of the application process. It is a well-renowned university, it lies in the centre of London's musical life, and it provides conservatoire-level performance modules as well as the composition and academic modules I am very interested in.

“City has a very clear admissions policy for candidates under the age of 18 and welcomes applications from all candidates with the potential and motivation to succeed in Higher Education.”

Thomas’s personal tutor, Shirley Smart, who is Head of Performance at City, describes him as “musically very well rounded, conscientious, very astute and mature for his age, but with an impish – usually very intelligent – sense of fun”.

Head of Department Dr Ian Pace added: “I have never known an undergraduate student this young, but Thomas seems quite exceptionally mature for his age.”