The City engineering academic says the construction of a second Suez Canal system may offer a solution in preventing such a scenario in future. 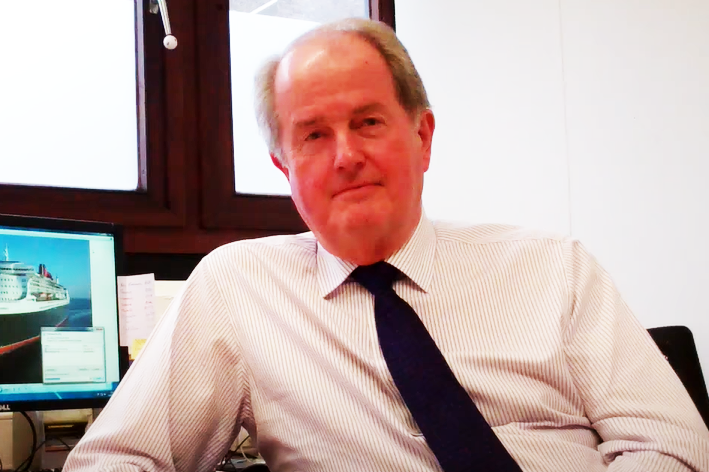 City, University of London’s Professor of Marine Engineering, Professor John Carlton has commented on the Ever Given, a Panama-registered Golden-class container ship, which ran aground in the Suez Canal on March 23rd 2021.

One of the largest container ships in operation, the vessel blocked the Canal, preventing several hundred ships on either side of one of the world’s busiest waterways from passing through.

About 12% of global trade passes through the 193km (120-mile) Canal, which connects the Mediterranean Sea to the Red Sea and provides the shortest sea link between Asia and Europe.

The Ever Given, laden with 18,300 containers, and travelling from Malaysia to Rotterdam, remained in place for six days before being freed and refloated on 29th March 2021.

As investigations continue into the circumstances surrounding the ship running aground, Professor Carlton, author of Marine Propellers and Propulsion, advises that the construction of a second canal system in the Suez could offer a solution to preventing such a scenario taking place in future:

Looking towards longer-term scenarios to prevent similar incidents options of further widening the Suez Canal or, in a similar vein to the Panama Canal, building a second canal system, are possibilities. These and similar related options, however, would take several years to complete and would require the provision of significant capital expenditure.

Professor Carlton says that while large ships operating in confined waters such as harbours and their approaches or canals may experience restricted manoeuvrability characteristics, “ships such as the Ever Given have the advantages of scale in transport economics and from the environmental perspective of having a greater carbon efficiency in terms of gCO2 per tonne mile”.

A ship depends for its manoeuvrability on a system of rudders and transverse propulsion units the design of which depends upon size of the ship and anticipated conditions under which it will operate. Rudders work most effectively when the ship is in the higher part of its speed range and transverse propulsion units when operating at low speed where their flow efflux velocities do not suffer significantly from the flow around the hull as would be the case at higher speeds. However, when a ship encounters abnormal weather conditions, such as squalls or gusting conditions and particularly when in its mid-speed ranges, this can upset the relatively delicate balance of forces and moments chosen to control the ship. These additional disturbing forces, if of sufficient magnitude, may then upset the course and position of the ship: this particularly is true for ships having a high windage area such as container ships, ferries and cruise ships. Conversely, a propulsion failure in adverse conditions can have a similar effect.