This will be held on Zoom Webinar 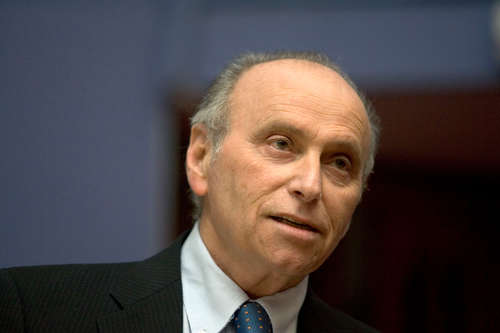 Taking action to reduce health inequalities is a matter of social justice. In developing strategies for tackling health inequalities we need to confront the social gradient in health not just the difference between the worst off and everybody else. There is clear evidence when we look across countries that national policies make a difference and that much can be done in cities, towns and local areas. But policies and interventions must not be confined to the health care system; they need to address the conditions in which people are born, grow, live, work and age. The evidence shows that economic circumstances are important but are not the only drivers of health inequalities. Tackling the health gap will take action, based on sound evidence, across the whole of society. Sir Michael Marmot has been Professor of Epidemiology at University College London since 1985. He is the author of The Health Gap: the challenge of an unequal world (Bloomsbury: 2015), and Status Syndrome: how your place on the social gradient directly affects your health (Bloomsbury: 2004). Professor Marmot is the Advisor to the WHO Director-General, on social determinants of health, in the new WHO Division of Healthier Populations. He takes up a Distinguished Visiting Professorship at Chinese University of Hong Kong in 2019, and is the recipient of the WHO Global Hero Award.

Professor Marmot held the Harvard Lown Professorship for 2014-2017 and received Prince Mahidol Award for Public Health 2015. He has accepted honorary doctorates from 18 universities. Marmot has led research groups on health inequalities for nearly 50 years. He chaired the Commission on Equity and Health Inequalities in the Americas, set up in 2015 by the World Health Organization’s Pan-American Health Organization (PAHO/ WHO). He was Chair of the Commission on Social Determinants of Health (CSDH), which was set up by the World Health Organization in 2005, and produced the report entitled: ‘Closing the Gap in a Generation’ in August 2008. At the request of the British Government, he conducted the Strategic Review of Health Inequalities in England post 2010, which published its report 'Fair Society, Healthy Lives' in February 2010. This was followed by the European Review of Social Determinants of Health and the Health Divide, for WHO EURO in 2014, and in 2020 Health Equity in England: Marmot Review 10 Years On.

Professor Marmot chaired the Expert Panel for the WCRF/AICR 2007 Second Expert Report on Food, Nutrition, Physical Activity and the Prevention of Cancer: a Global Perspective. He chaired the Breast Screening Review for the NHS National Cancer Action Team and was a member of The Lancet-University of Oslo Commission on Global Governance for Health. He set up and led a number of longitudinal cohort studies on the social gradient in health in the UCL Department of Epidemiology & Public Health (where he was head of department for 25 years): the Whitehall II Studies of British Civil Servants, investigating explanations for the striking inverse social gradient in morbidity and mortality; the English Longitudinal Study of Ageing (ELSA), and several international research efforts on the social determinants of health. He served as President of the British Medical Association (BMA) in 2010-2011, and as President of the World Medical Association in 2015.