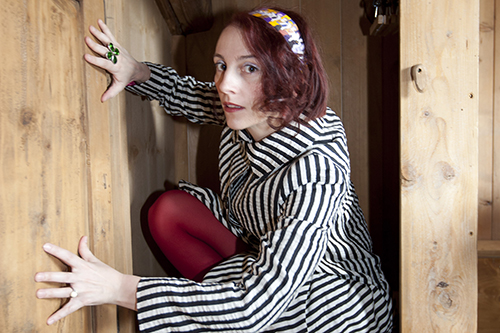 Having swept along with London’s religion, trade, medicine, filth and scandal for centuries, the River Fleet is almost invisible now. But if you know where to look, it left traces behind: in the curves of streets, the names of roads, and - if you listen hard enough - the sound of it still flowing beneath your feet…

Combining music, maps, poetry and history, Fleet Footing sends participants on a 10k sonic expedition along the lost river. With its binaural recordings and in-situ listening experience, the piece offers a 360 ̊ experience where the audience move through both music and city, becoming part of the performance themselves and having a unique conversation with the river’s lost voices and forgotten landscapes.

Taking Fleet Footing as a starting point, I will elaborate on the function of contemporary composition in association with psychogeography: exploring how new music can take on different roles in and out of the concert hall. I will also give an insight into my compositional practice, how I arrived at this weird compulsion to peer down drains, and which fresh waters are to be unearthed in 2020.

Catherine Kontz (b. 1976) is a London-based composer whose works explore nonlinear form, visual/spatial elements, and musical theatricality. Recent premieres include Fruitmarket for BBC Scottish Symphony Orchestra, Die Regenmacher for ensemble recherche and Il Floridoro for vocal ensemble Exaudi at Rainy Days/Philharmonie Luxembourg, and the opera Neige at Grand Théâtre de Luxembourg, which she both composed and directed. Her chamber opera A Certain Sense of Order – On a poem of Anne Sexton (with Canadian theatre-makers tick tock) is currently on tour.

She studied piano in her native Luxembourg with Michèle Ries, and in London with John Tilbury. In 2008, she received her doctorate in composition from Goldsmiths, University of London, supervised by Roger Redgate, for her research into Deleuzian theory in relation to mime opera, the cinema of David Lynch, and the Japanese art of Kabuki. This culminated with the groundbreaking music theatre work, MiE, which enjoyed a run of six sold out performances after its première.