We are delighted to welcome Chief Executive Officer of Dow Jones and publisher of the Wall Street Journal Dr. William Lewis Hon DSc (City) to give the Inaugural Marjorie Deane Lecture.

'The new revolution in news' 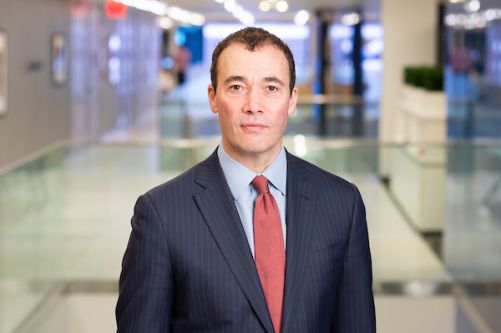 William Lewis was appointed Chief Executive Officer of Dow Jones and Publisher of The Wall Street Journal in May 2014. He previously served as Chief Creative Officer for News Corp, the parent company of Dow Jones, where he was responsible for the company’s creative strategy and developing new commercial opportunities.

He joined News Corp in September 2010 as General Manager of News UK, based in London.

Prior to joining News Corp, Mr Lewis served as Editor-in-Chief of Telegraph Media Group which he joined in 2005. Under his editorship, The Daily Telegraph was named UK Newspaper of the Year in the 2010 British Press Awards. This followed the paper’s role in exposing the parliamentary expenses scandal. Mr Lewis was also named Journalist of the Year. Mr Lewis led the team that designed and created The Telegraph’s acclaimed newsroom, organising the paper’s move from its previous premises.

From 2002 until his move to The Daily Telegraph, William was Business Editor of The Sunday Times. He previously worked at the Financial Times in a number of senior roles, including News Editor and New York-based Mergers and Acquisitions Correspondent.

In 1990, Mr Lewis graduated from Bristol University with a Bachelor of Science degree in Politics & Economics and completed a postgraduate degree in Periodical Journalism at City University the following year.

In July 2010 he was awarded an Honorary Degree of Doctor of Laws from Bristol University and in September 2010 was made Doctor of Letters by the University of Lincoln.

William was awarded an Honorary Degree of Doctor of Science from Cass Business School in 2019. He studied a postgraduate diploma in periodical journalism at City, University of London before going on to a long and illustrious career as a reporter and editor that continues today.