“Moving beyond the ‘I’ to the ‘we’:  How the education system can help heal a divided country” delivered by David Isaac CBE 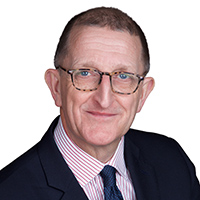 David Isaac CBE is the Chair of the Equality and Human Rights Commission, the public body that promotes equality and protects human rights in England, Scotland and Wales. He is also the Chair of the University of the Arts London and a partner at international law firm Pinsent Masons. He has worked in the equality and human rights field for over 25 years in his roles as Chair of Stonewall and as a Trustee of The Diana, Princess of Wales Memorial Fund. During his term as Chair of Stonewall, huge progress was made in delivering legal equality for LGB people as his period of tenure saw, amongst other things, the abolition of Section 28 and the introduction of Civil Partnerships.

He has also been involved in driving gender and LGBT equality in the City of London and was on the board of DiversClTY which encouraged businesses in the City to support the recruitment of diverse talent. He chairs the D&I group at Pinsent Masons – currently the number 1 employer for LGBTI staff in the UK in the Stonewall Equality Index. In his various roles he speaks frequently about the importance of diversity and human rights. He was awarded a CBE in the 2011 Queen’s Birthday Honours list for services to equality and diversity.

He was ranked 27th in the OUTstanding Top 100 LGBT executives published by the FT in October 2018 and recognised as a Diversity Role Model in the legal sector by The Lawyer.

Register your interest to attend this event, click here.

Sir John Cass was a man of singular ambition. Born near the Tower of London in 1661, he was the only son of a successful entrepreneur. In 1665, the family moved to a rural estate in Hackney and thus escaped London's Great Plague. The family business was, however, well placed to take advantage of the demands for the rebuilding of the City following the Great Fire of 1666.

John Cass began to emerge into public and political life only after the death of his father in 1699. Some of his most treasured ambitions were realised in three years of success for the Tory party at the end of the reign of Queen Anne: a successful business career, terms as Alderman, Sheriff, then City MP before being knighted in 1713.

But like so many modern-day Cass alumni, he found that material success was not enough and, in 1710, he founded a school and dedicated the rest of his life and his wealth to nurturing the minds of future generations.