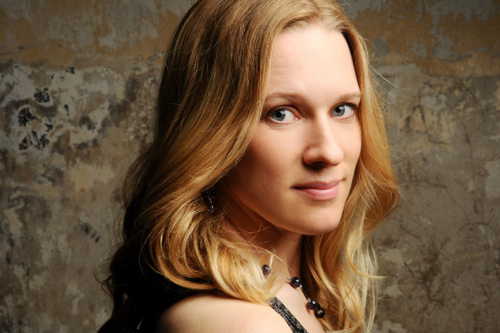 Pianist Helen Reid presents a lunchtime programme exploring composers’ responses to the imagery and inspiration of the night.

Helen Reid first came to public attention when she appeared on BBC2 in the National Keyboard Finals of the BBC Young Musician competition. In 2000 she won first prize in the Karic International Piano Competition. In 2006 she was hailed as a ‘rising star’ in The Independent magazine.

Helen has given recitals all around in England, at venues including the Wigmore Hall, Purcell Room, Fairfield Halls and Blackheath Halls, London, St. George’s, Bristol, Cheltenham, the Bridgewater Hall, Manchester and the Aldeburgh and Buxton Festivals. She has performed in Spain, Slovakia, Hungary, Germany, Austria and the Czech Republic. Performances have included Rachmaninov’s Piano Concerto No.2 with the Westmoreland Orchestra, Gershwin’s Rhapsody in Blue with the Aurelian Ensemble at Blackheath Halls and the world premiere of David Matthews’ Piano Concerto at Dartington International Summer Festival, a work written for Helen.

"It was clear we were in not only capable but rather a special pair of hands… Reid’s beautifully poised, tenderly imagined and finely focused playing re-educated and refined the ear."