The Holon Scratch Orchestra was formed six years ago, on the premise that anyone who wants to play music can, through participation in the creation of meaningful new music. Their work is developed through weekly meetings at the Israel Center for Digital Arts, under the coordination of Amnon Wolman, Dan Weinstein and Tom Soloveitzik. The orchestra has attracted the interest of musicians from further afield, embarking on collaborations with composers and performers such as Annea Lockwood, Kiki Keren-Huss, Faye Shapiro, and Michal Oppenheim Landau and Tom Soloveitzik.

Their live appearances include a performance with composer-vocalist Alwynne Pritchard at the acclaimed Tectonics festival, hosted in Tel-Aviv in 2016. They are currently working on a new project with composer Michael Maierhof for December 2019. 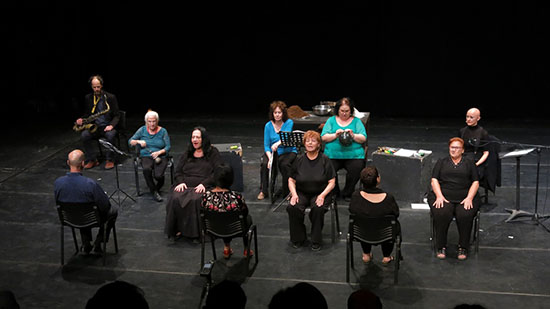