Admission Price: Event is by invitation only.

"Entrepreneurship and Giving Back"

Celebrating 125 years since the foundation of City’s predecessor, the Northampton Institute, in 1894. Anniversary Lecture. 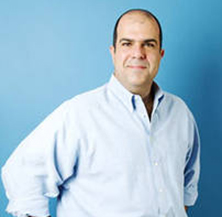 Stelios is best known for creating easyJet in 1995 when he was just 28 years old: This pan-European low cost airline has revolutionised European air travel over the last two decades and now flies over 85 million passengers annually. In 2000 Stelios floated easyJet on the London Stock Exchange in order to fund future fleet growth but he and his family have always remained the largest shareholders owning about one third of the shares. As easyJet PLC became one of the biggest UK companies by market value (now part of the FTSE100 with a market cap of c. £7bn), Stelios successfully campaigned to set a new dividend policy that now distributes half of annual profits by way of dividends to all shareholders.

Stelios started giving back to society more than 10 years ago and now runs the Stelios Philanthropic Foundation which takes up about a third of his time. The mission statement of his Foundation is to support philanthropic activities primarily where he has lived and worked: UK, Greece, Cyprus and Monaco. As a notable example, the Foundation is operating a programme in Greece and Cyprus called "Food from the heart". 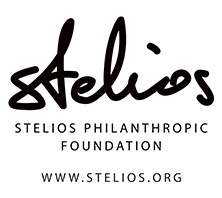 This innovative project offers, each working day and without discrimination, snacks to the needy registering at various distribution points.

More than 200,000 people receive food from Stelios' Foundation each month and more than 15 million snacks have been handed out to people in need over the last 5 years. For more details see the Stelios.org Mission Statement . In May 2017 Stelios signed the Giving Pledge committing to endow his foundation with half his estate. This initiative was started by notable philanthropists Bill and Melinda Gates and Warren Buffet and now has about 170 members worldwide.

Stelios, was born in Athens on 14 February 1967,the son of the late Loucas Haji-Ioannou, a self-made Greek-Cypriot shipping magnate. Stelios started his business career working for his father's shipping company in Athens until aged 25 when he founded his first own shipping venture, Stelmar tankers. Stelios floated Stelmar on the New York Stock Exchange in 2001 and subsequently sold it to a rival in 2005 for about US$1.3bn.

In 2006, at the age of 39, Stelios received a knighthood from HM Queen Elizabeth II for services to entrepreneurship. Since 2009 he has been the Honorary General Consul for the Republic of Cyprus in the Principality of Monaco - where he lives. He is a graduate of the London School of Economics and has a masters degree from the City University in London. Moreover he has been awarded four honorary doctorate degrees from City University, as well as from Grandfield, Liverpool John Moores, and Northumbria (Newcastle) Universities in the UK.

Full bio can be found here

About the anniversary lecture series

2019 marks the 125th anniversary since the foundation stone was laid on the Northampton Institute.  It was founded then with the objective of promoting “the industrial skill, general knowledge, health and wellbeing of young men and women belonging to the poorer classes”.  Much has changed in 125 years, but we remain constant in our dedication to research, education, innovation, enterprise and our partnerships.  When the doors of the College Building first opened in 1898, the courses on offer reflected the trades in Clerkenwell at the time: The first departments established were Mechanical Engineering and Metal Trades, Artistic Crafts for Industry, Applied Physics and Electrical Engineering, Horology, Electro-chemistry and Domestic Economy.  And while we have diversified and broadened our academic and research strengths, we can trace our focus on “Academic Excellence for Business and the Professions” back to those very first departments.  This year we reflect on the impact that City and its people have had on our local community and the world at large; and the events that have shaped the University we know today.  But it is also an opportunity to look beyond City’s walls and celebrate some of today’s great thinkers, academics and industry experts who are leaders in their fields.  This is the purpose of the City 125 Lecture Series.

This event is by invitation only