Rolf Hind plays Sir Peter Maxwell Davies' Piano Sonata, a rigorously structured work in seven movements, encompassing exuberant references to historical dance forms and the keyboard repertoire, culminating in quotations of Debussy, and headed with a line by poet Charles Senior: "The cries of gulls curling in shoalward whirlwinds around the surging firth, are muted by croak of raven and bleat of lamb from silence to silence."

Maxwell Davies (1934-2016) had a long and prolific career, from his striking, experimental stage works, written for ensemble The Fires of London in the 1960s, to his operas, ten symphonies and numerous chamber and concertante works. He was made Master of the Queen's Music in 2004. Besides his work as a composer, Maxwell Davies was a conductor, a lifelong advocate of gay rights and environmental causes, and established the St Magnus Festival in Orkney, his home from 1971.

The concert will reflect the continuing influence of Maxwell Davies on today's composers, a number of whose musical tributes complete the programme. 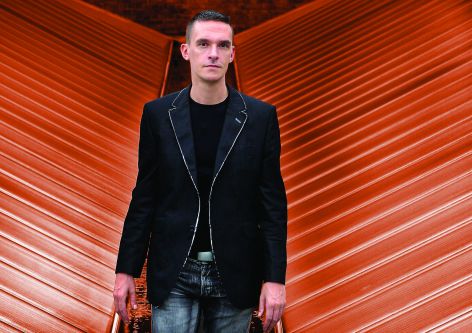 Rolf Hind’s career has established him as a major force as soloist, composer, recording artist, chamber musician, pedagogue, collaborator and concert planner. He has given recitals at many of Europe’s leading new music festivals, and at Carnegie Hall, Sydney Opera House and on tours of Korea, Taiwan and Cuba.

Rolf has worked with many leading conductors, including Ashkenazy, Knussen, Rattle, David Robertson and Andrew Davis and appeared seven times at the BBC Proms. Orchestras he has worked with include the Chamber Orchestra of Europe, Munich Philharmonic, Danish Radio Symphony Orchestra, Malmö Symphony, and Baltimore Symphony Orchestra, many appearances with the London Sinfonietta, the LPO, RPO, and with all the BBC orchestras.

Composers who have worked with Rolf or written for him include Tan Dun, John Adams, Helmut Lachenmann, Unsuk Chin, Elliott Carter, George Benjamin and James MacMillan. Rolf’s compositions include a piano concerto, Maya-Sesha (nominated for a British Composer Award) and a concerto for accordion, premiered at London’s Barbican Centre. Much of his music is inspired by India, where he travels often, while drawing on the technical adventurousness of performers including himself. His first opera, Lost in Thought, a ‘Mindfulness opera’ commissioned by Mahogany Opera Group was premiered at The Barbican in 2015. Rolf wrote a major new work for the Huddersfield Contemporary Music Festival in 2017 and continues to develop many exciting new projects as a composer.

An interest in new dance has resulted in collaborations including with choreographer Rui Horta on a large-scale tour of a new work, Danza Preparata, featuring John Cage’s Sonatas and Interludes for prepared piano, with dancer.

Rolf curates and performs in Occupy The Pianos, a new piano festival which has become a regular feature at St John’s Smith Square in London.