The Department of Music in the The School of Arts and Social Sciences welcomes Joseph Browning as part of its 2018-19 Research Seminar Series. The seminars are open to all. No registration needed. 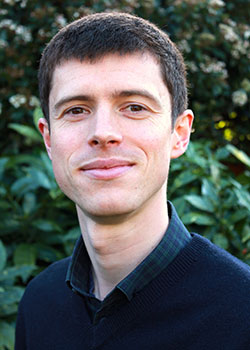 The London Contemporary Music Festival 2018 took place under the title “Sounds of the Thick Present”. This phrase, alongside a curatorial vocabulary encompassing “cyborgs” and “composting”, “multi-species” and “multitudes”, borrowed from the work of scholar Donna Haraway to build a conceptual framing for the festival characterised by what I term “ecological thinking”. Just as the cavernous main festival venue – Ambika P3, a former concrete construction hall – provided a vast, flexible and reverberant spatial container for LCMF events, so “ecological thinking” offered capacious, malleable and resonant conceptual linkages, not only between the festival’s varied mix of performances, musical genres and art forms, but also between musical, social, and political registers.

This talk tells the story of Joseph Browning's fieldwork at LCMF as audience member, volunteer, and in conversation with artists and organisers. He will discuss how the festival theme took on varied significance in contexts from programming to promotion, sometimes decisively affecting the sound, ethos and practical organisation of the festival, sometimes receding into the background, sometimes meaningful through playful associations and coincidences. He also experiments with possibilities around method and representation, asking how to write about music of considerable aesthetic diversity, reflecting on the status of “theory” as it moves repeatedly between scholarly work and creative practice, and testing the value of an analytic scale calibrated to the festival (rather than piece or scene).

Joseph Browning is a British Academy Postdoctoral Fellow at the Faculty of Music, University of Oxford. His research explores the two, sometimes overlapping, transnational scenes surrounding the Japanese shakuhachi and Western art music. He has published articles on shakuhachi music in Ethnomusicology Forum and the Journal of Musicology and has publications in preparation on topics such as rehearsal practices in Western art music and site-specificity in the mixing of sound art. His current British Academy project is an ethnographic study of organicism and vitalism in British contemporary classical music and sound art.