Admission Price: This is event is now fully booked: returns may be available on the door, shortly before the performance.

This concert concludes the two-day conference, Again & Again: Musical Repetition in Aesthetics, Analysis and Experience, which City, University of London is hosting 25-26 April 2019.

Please note, the concert is open to the public and free to attend; registration for the conference is seperate and will open in January 2019. For details of conference fees, calls for papers and the full programme, please visit the dedicated website: 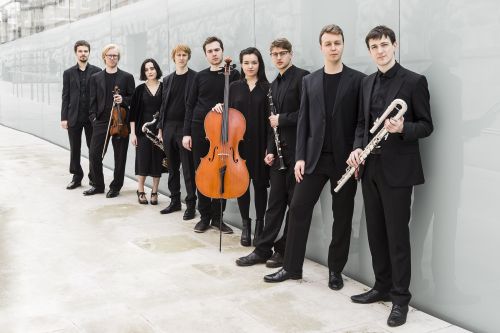 Based around a core sextet and founded in 2012 at the Royal College of Music by composers Nicholas Moroz and Arne Gieshoff, Explore Ensemble has since become one of the UK’s most daring young groups, featuring at the Huddersfield Contemporary Music Festival in 2016 and 2017, Kammer Klang at Cafe OTO, Principal Sound Festival at St John's Smith Square in London, Handel & Hendrix in London, and at the JdP Music Building in Oxford.

Recently Simon Cummings, writing on the 5:4 blog, described the ensemble's "Tracing the Moon" programme at HCMF as "one of the most beautiful things […] at HCMF this year, and further proof positive that Explore Ensemble are just as indefatigably outstanding as we all suspected last year." Explore Ensemble have also featured several times on BBC Radio 3's flagship new music programme Hear and Now.

Their 2018-19 season sees debuts at Kings Place in London featuring Grisey’s Vortex Temporum and a new work by Lisa Illean as part of the "Time Unwrapped" series, and at the Zeitströme festival in Darmstadt, with music by Finnissy and Crumb.