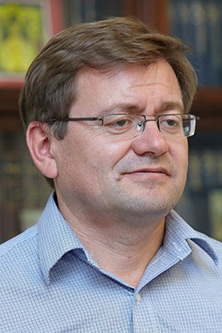 Dmitry Likhachev (1906–1999), born in St Petersburg, was one of the most prominent Russian intellectuals of the twentieth century. His life spanned virtually the entire century: from tsarist rule, via the Russian Revolution and Civil War, into Stalin’s Gulag and the siege of Leningrad, through decades of communist rule, and into Gorbachev’s Perestroika and the rise of new Russia.

Witnessing history in the making, Likhachev developed a unique insight into the plight of Russian culture under communism and gradually began to play a crucial role in the restoration of the cultural life of his country. In doing so, he influenced the way millions of Russians looked at their heritage. His scholarly and public mission, which gradually turned him into an iconic figure in Russia, was to repair the damage caused by totalitarianism, combat Russian nationalism, and above all to overcome cultural alienation between Russia and Europe.

The discussion of Likhachev’s life and views is topical and even necessary today, as Russia under Vladimir Putin is again in conflict with its Western neighbours, the United States, and NATO. Some Russians face again a binary choice: support “fortress Russia” or  side with the West against “evil Russia”? Do Likhachev and the 20th century he lived through have anything  to teach us today, to find escape from this accursed binary?

Vladislav Zubok is Professor of International History at the London School of Economics and Political Science (LSE). He has previously taught at Temple University and has served as a fellow at the National Security Archive, a non- government organization at the University of George Washington. His publications include A Failed Empire: The Soviet Union in the Cold War from Stalin to Gorbachev and Zhivago’s Children: The Last Russian Intelligentsia.

The event will be followed by a drinks reception.